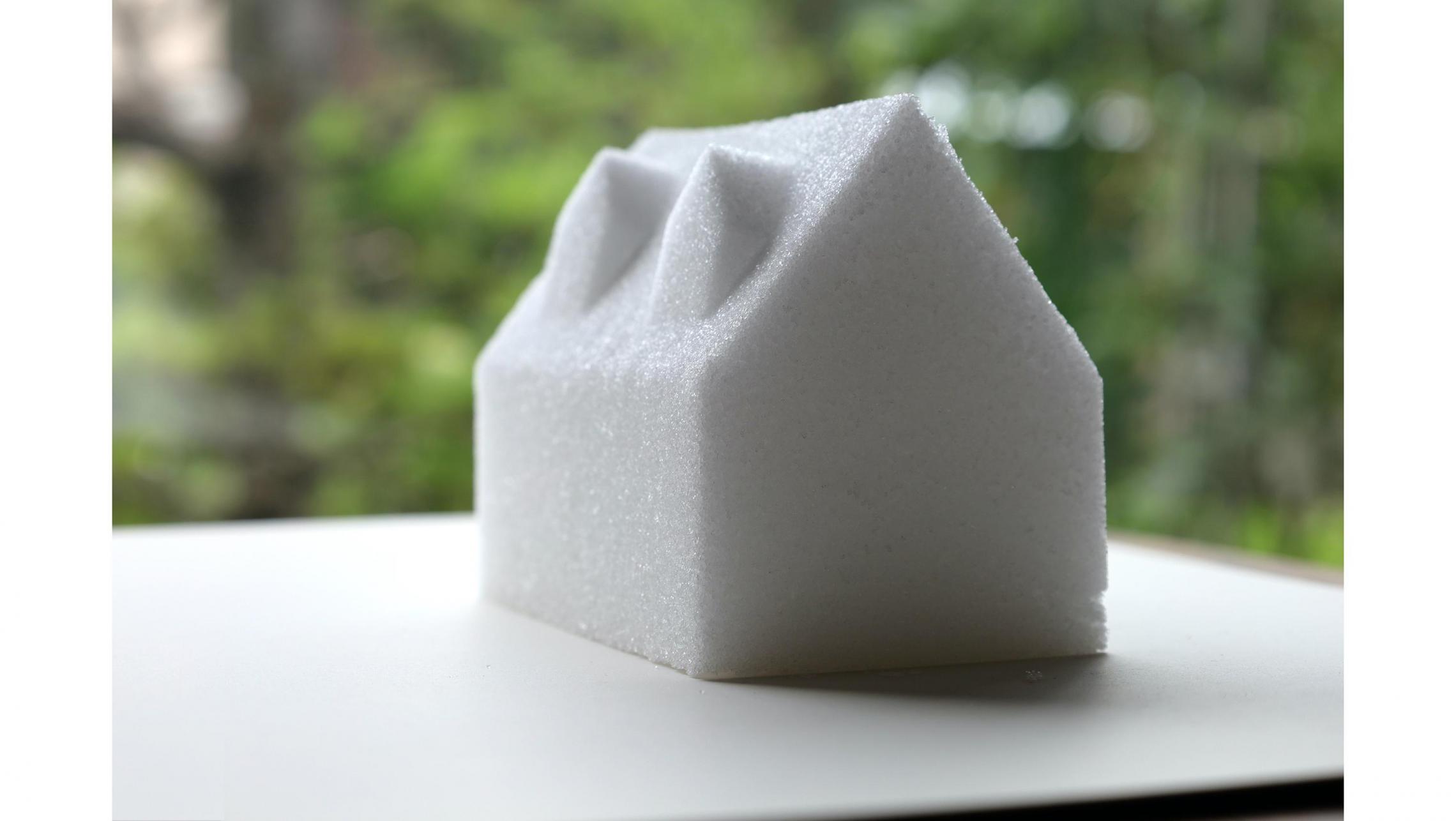 Based in Aichi Prefecture, Mitsuko Miwa has since her early years developed her own painterly practice through diverse stylistic transitions. Awarded a scholarship from the Philip Morris Foundation, she stayed in Berlin from1996 to 1997, and also was selected as a guest artist for the Swedish artistic exchange program IASPIS (Stockholm) in 1998. Her works were included in various exhibitions, such as “Vanishing Point -Contemporary Art from Japan” which toured New Delhi and Mumbai in 2007, and it is worth remembering that she was highlighted in this year's international art festival “Aichi Triennale 2022”. Diverse motifs seen in Miwa’s works, ranging from figures and furniture to landscapes, suggest that the artist's interest is not in the painted objects but a painting itself as a device. Her first solo exhibition at SCAI THE BATHHOUSE, entitled “Full House”, derived from an encounter between Miwa’s long-held images of a dream house and the feature of the venue. Taking the entire venue as its stage, the constellation of new and old works by the painter constitutes a pictorial world peculiar to her.

The main work of the exhibition, a large drawing of a house made by the artist’s hand is on the wall, with its checkered pattern extending from the bottom to cover the floor with two types of stones, granite and marble. Miwa’s first site-specific installation in this scale, together with the drawing of small entrances or exits found on the corner, vividly presents the artist’s inspiration for the exhibition. The composition of black and beige stones on the floor, allowing the viewer to walk freely on it, appears as if projecting out from the drawing and leaping into real space.
Collections (1990), in which a checkered pattern fills more than two-thirds of the surface, and the photo collage Self-Montage (1992), running in parallel to the colors and patterns of the floor, emphasize the structure of the main work. Miwa’s paintings, thoroughly devoid of narrative, seem to intrude into our real world rather than allowing us to enter into it; this may not be inconsistent with the artist's rigorous attitude towards exploring the act of looking, with attention to the boundary between the pictorial world and real space.
“How could it be possible to vanish something without using anything other than what it is?” is another important idea that laid the foundation for the exhibition. It originated from a proposition she held before the 1990s, when she was yet to identify herself as a painter. Suggestive of the possibility of such a contradictory state is the glass bottle with a drawing portraying a smaller bottle, entitled Spirits , which was originally made in 1989 but will be shown for the first time. A series of objects using oval-shaped frames, encloses photographs of empty frames hung aligned or alone on the wall. A paradox of perception seems to exist here, as the more the viewer's perspective focuses on the inside of the frame, the more the one loses the object as its contours become vague. Landscape Painting as Landscape (1994), painted after a photograph taken with the focus being blurred to infinity, also produces an optical effect that disturbs the viewer's vision. What, then, are we looking at in the large wall drawing of a house with its imaginary entrance and window? Filling the house with a house—indicative of Miwa’s playfulness, the words ‘full house’ are left open to each viewer’s interpretation.

Miwa’s paintings invite us into the act of ‘looking’ and bring insight into it. The exhibition will add another dimension to Miwa’s artistic pursuit, in that the above-mentioned proposition she had in her early days is not incompatible with her past progress but rather emphasizes her practice. The composition of “Full House”, which can be considered as Miwa’s painting world itself, takes a look back into the painter’s history and presses forward her artistic journey into a new realm.