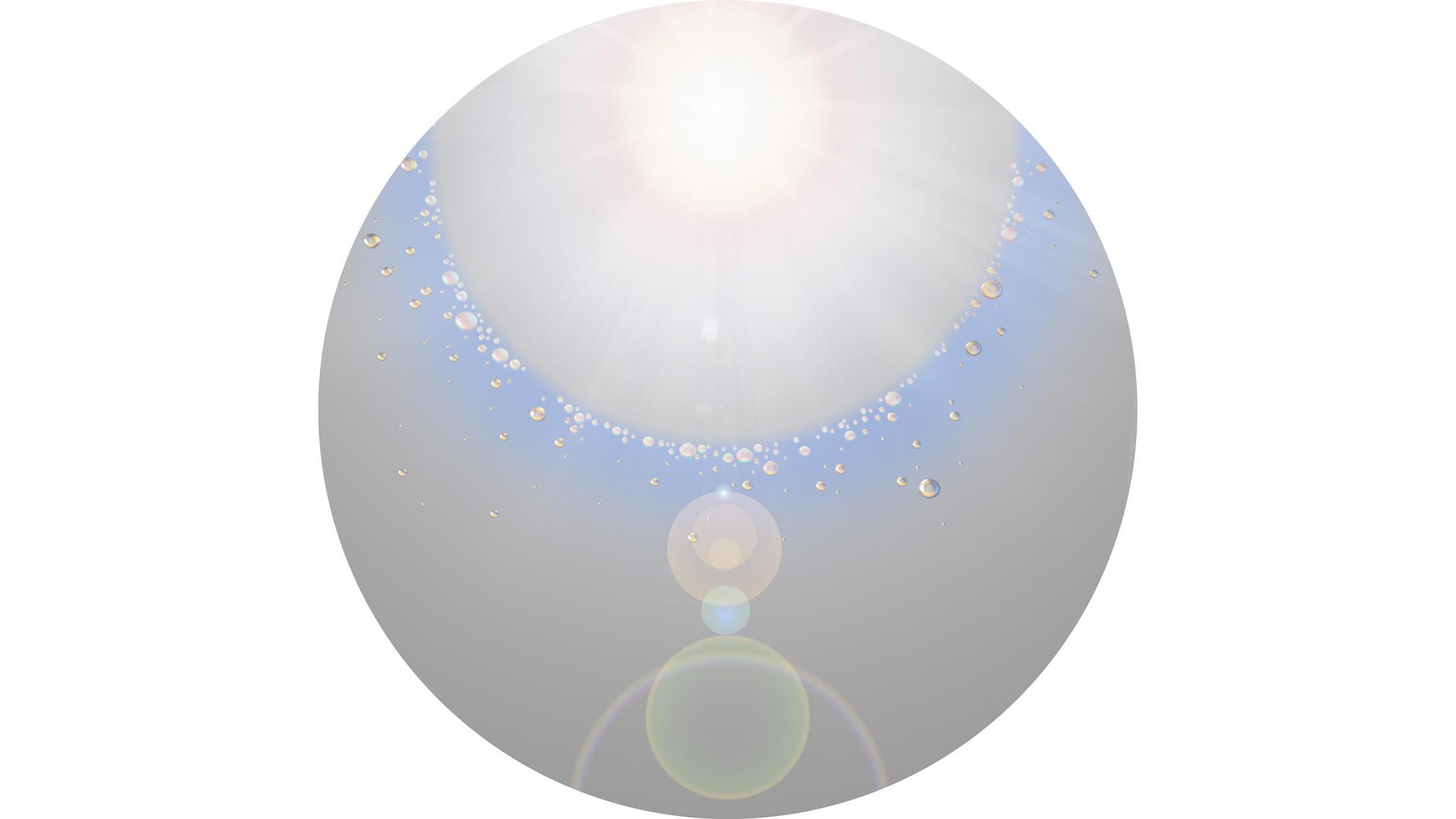 From the interactive sculpture corresponding to supernova explosions in far reaches of the galaxy, to installations inspired by Jomon-era stone circles, the work of Mariko Mori reconciles the past with the future and gives shape to an invisible energy that saturates the universe. For Mori, the recent change and sudden halt of life in lockdown was an opportunity to sharpen her sensitivity to the invisible and her on-going quest for “inner light” amidst the darkness. Incorporating her latest work born of the pandemic period, the exhibition entails the artist’s abstract philosophical, scientific, and transcendental visions cherished thus far, culminating in a discovery of light central to our spiritual existence through quiet, profound contemplation.

Standing gracefully at the center of the exhibition is Divine Stone VI (2019-), Mori's latest 1.2 meter-high acrylic sculpture akin to a giant mineral or faceted gemstone. Its hard, transparent surface is created by applying dichroic coating, engineered to split particular wavelengths of light, while accentuating a color spectrum. The artist was involved in this development process, and conceived the work after field research on iwakura, the sacred rocks and site of rituals for gods' descent in ancient Japanese animism. The sculpture presents a symbolic gesture for the material existence of light, and stands in the form of a "crystalised" rock: it projects an undulating color spectrum depending on the viewer's angle and the quality of surrounding light, as if purifying the surrounding environment. Its sheer combination of colors and dynamic form embraces diversity in techno-spiritual aesthetic, and manifests as a contemporary monument of light towards a heightened sense of divinity.

Mounted in circular-shaped aluminium encasing, Radiant Being (2019) is Mori’s latest series of drawings with metallic pastel pigments processed through three-dimensional computer graphics. Just as an aurora’s plasma particles collide with atoms and glow in the atmosphere, a variation of soft colors from light purple to pale blue and pink appear in the shapes of circles and spheres to form a unity and to radiate—creating a world of metaphysical imagery, profound and suggestive. Mori's minimalist principles using space and light, as well as her warm delicate approach to material figuration, are evident in these sci-fi drawings giving depth to both space and time. Mirroring the artist’s mind and documenting the process of evolution from personal meditation to realisation of the vast cosmic realm, Radiant Being becomes a record of Mori’s intimate dialogue. The work also lends abstract and universal spiritual images imbued in anyone's mind—or an abstract scenery of divinity imprinted deep in our primordial psyche.

A digital version of Dream Temple (1997-1999), a source of inspiration for "Central", will be released online for the duration of the exhibition period to facilitate the viewer's own transcendental experience.

Latest science suggests that 96% of the universe is made from invisible energy. Cross-referencing the celestial and the terrestrial, the East and West, the past and the future, Mariko Mori reconciles these oppositions and transcended the boundaries of mediums and research fields. Mori continues her long-standing quest and attempts in this exhibition, where the center of this pervasive, invisible energy is expressed conversely as light. In time of deepening economic and environmental crises that diminish material society, the exhibition delivers a pertinent call for a rebirth guided by an "inner light", and a renewed interpretation of light itself that shines in the invisible.

Statement from the artist

These past few months,I have been quarantined in Tokyo, where I moved temporarily after a long period of living abroad. The threat posed by an invisible virus caused me days of anxiety, but I also had the rare experience of creating my work while being guided through a “spiritual phenomenon.” A loss of touch with the outer world meant more time exploring an inner landscape, and I attained a new life yearning for and pursing “the inner Sun” or “an inner light.” I felt that the further inward I reached, the more expansive my inner world grew, as if it truly existed with even greater depth than the one outside.

The exhibition “Central” consists of two- and three- dimensional works, with a number of drawings. In a way, the two-dimensional works are a continuation of the installation, Dream Temple (1999)—my first depiction of this invisible "inner light." It was inspired by my first encounter with “the inner Sun.”

The three-dimensional work, Divine Stone, emerged from an image in my mind of "the inner Sun” that shines at the center of an internal universe, crossing the dimensional divide and casting its light into our external world. In recent years, I have traveled across Japan’s large sacred stones known as iwakura—a fieldwork that inspired the conception of this work. Iwakura are natural stones that have been used for rituals since the Kofun period (circa 300 to 700 AD) and were considered as gods-landing sites for rituals. Ancient people held these beliefs deeply, and in Kojiki—the oldest historical record in Japan—it is written that the first god to come into being was Ameno Minakanushi-no-Kami; the source of the universe or the universe itself, permeating every corner as an unifying power, while remaining invisible to humans. I wondered whether it would be possible to visualize the gods' descent to an iwakura and encapsulate the radiance of “the inner Sun.” Divine Stone was created with this idea in mind: It shows the inner light of the spirit that emits a myriad of colors, suggesting the centrality of light.

One day, my eye happened to rest on a book: Der Tod des Lichtes (The Death of the Light,1964) by German art historian Hans Sedlmayr. Sedlmayr was interested in an essay by Austrian poet and painter Adalbert Stifter about a total solar eclipse, and wrote: “The darkening of the light at the center of the spirit necessarily entails phenomena akin to the darkening of the light in the outer world. But art, again with inner necessity, makes these spiritual processes visible by similar means to nature itself.” This passage evokes me to consider producing work to restore the light that was once lost.

The light will never die.

It will exist eternally.

Reaches every corner of every world that exists.

I imagine, it is in this invisible source of dazzling light that life resides, enveloping each and every being. Even in the dark, disconnected from the outside, our spirits shall shine with light—linked to a collective pool of overflowing energy radiant throughout the universe.

I am deeply grateful to Prof. Takashi Uchikawa of Kokugakuin University who guided me on my research of the rituals and the culture of the Kofun period for the preparation of this exhibition. 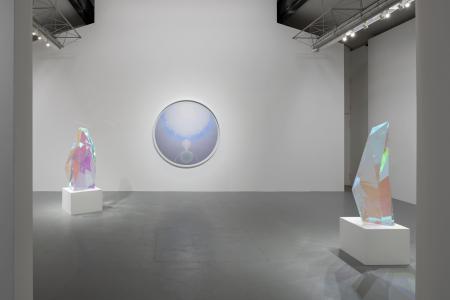 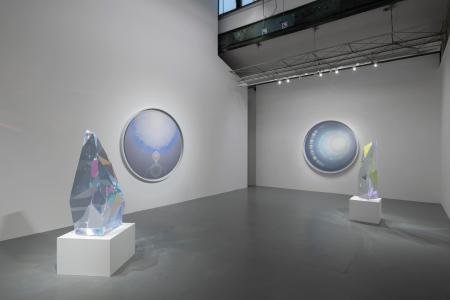 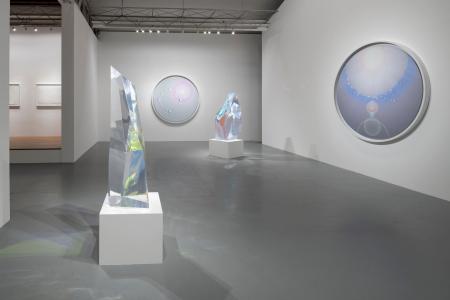 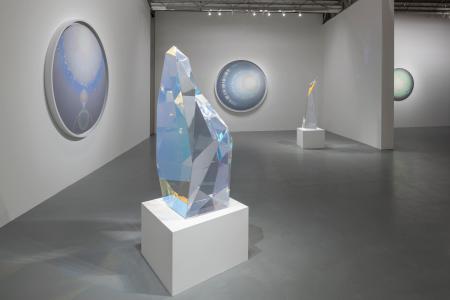 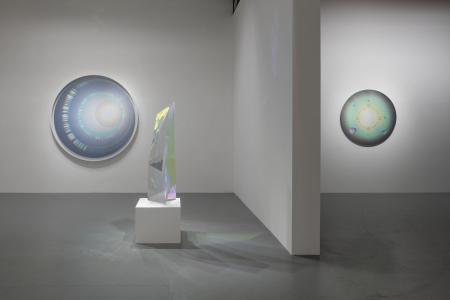 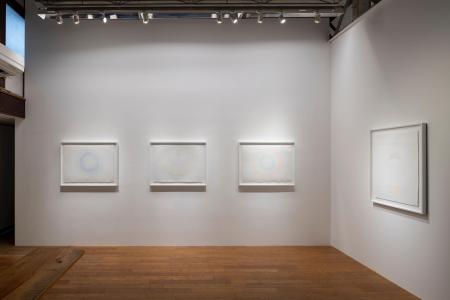 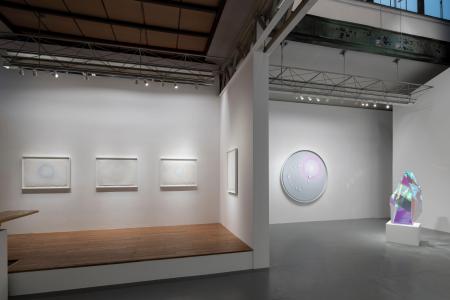 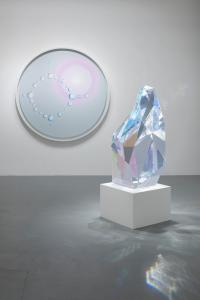 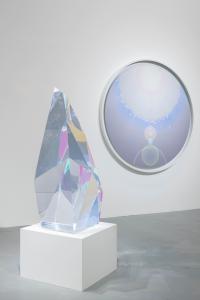