Tatsuo Miyajima: Solo exhibition "ASHES TO ASHES, DUST TO DUST" at the UCCA in Beijing

Tatsuo Miyajima will have his first full-scale solo show in China, at the UCCA (Ullens Center For Contemporary Art) in Beijing.

Both "Mega Death", one of his most important works which was shown in the Venice Biennale in 1999, and "HOTO", which was made for his solo show at the Art Tower Mito, will be exhibited in Tatsuo Miyajima's first solo show in China.
The show is curated by Jerome Sans, the director of the UCCA (Ullens Center For Contemporary Art) which is playing a central role in the 798 Space in Beijing.
In addition to these outstanding works, "Floating time", a new version of his moving image which was made for the stage design project of the Royal Ballet in the UK last year, will be shown with 4 screens. 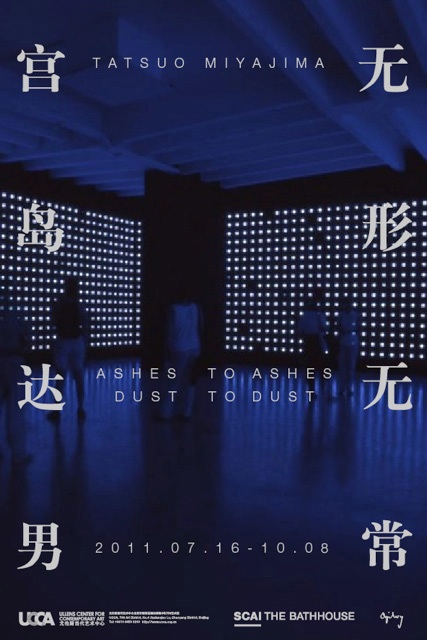