SCAI THE BATHHOUSE has been participating in "Fukutake House" which is one of the projects of Echigo Tsumaari Art triennial 2009, and exhibiting Kaoru Hirano's work.

"Fukutake House" is a project in which 9 galleries from Japan and abroad participate and turn each classroom of former Myokayama elementary school into an exhibition space.

Hirano unthreads used clothes and reassembles the threads to represents its new form by turning it to a delicate installation. For this work she used her grandmother's clothes, and transforms the whole classroom into her work by identifying the neglected space of the closed school with the deep memory of old lady. 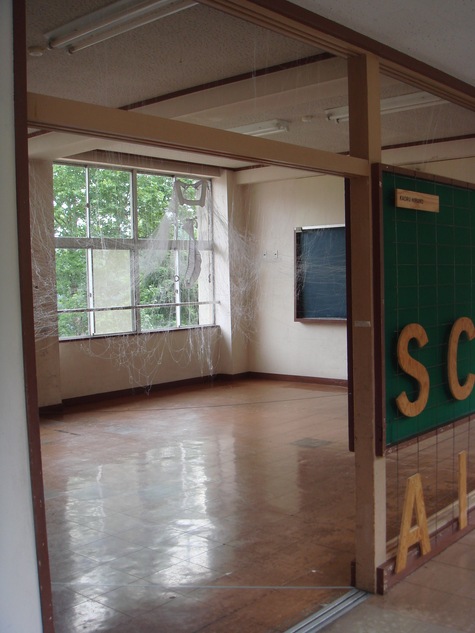