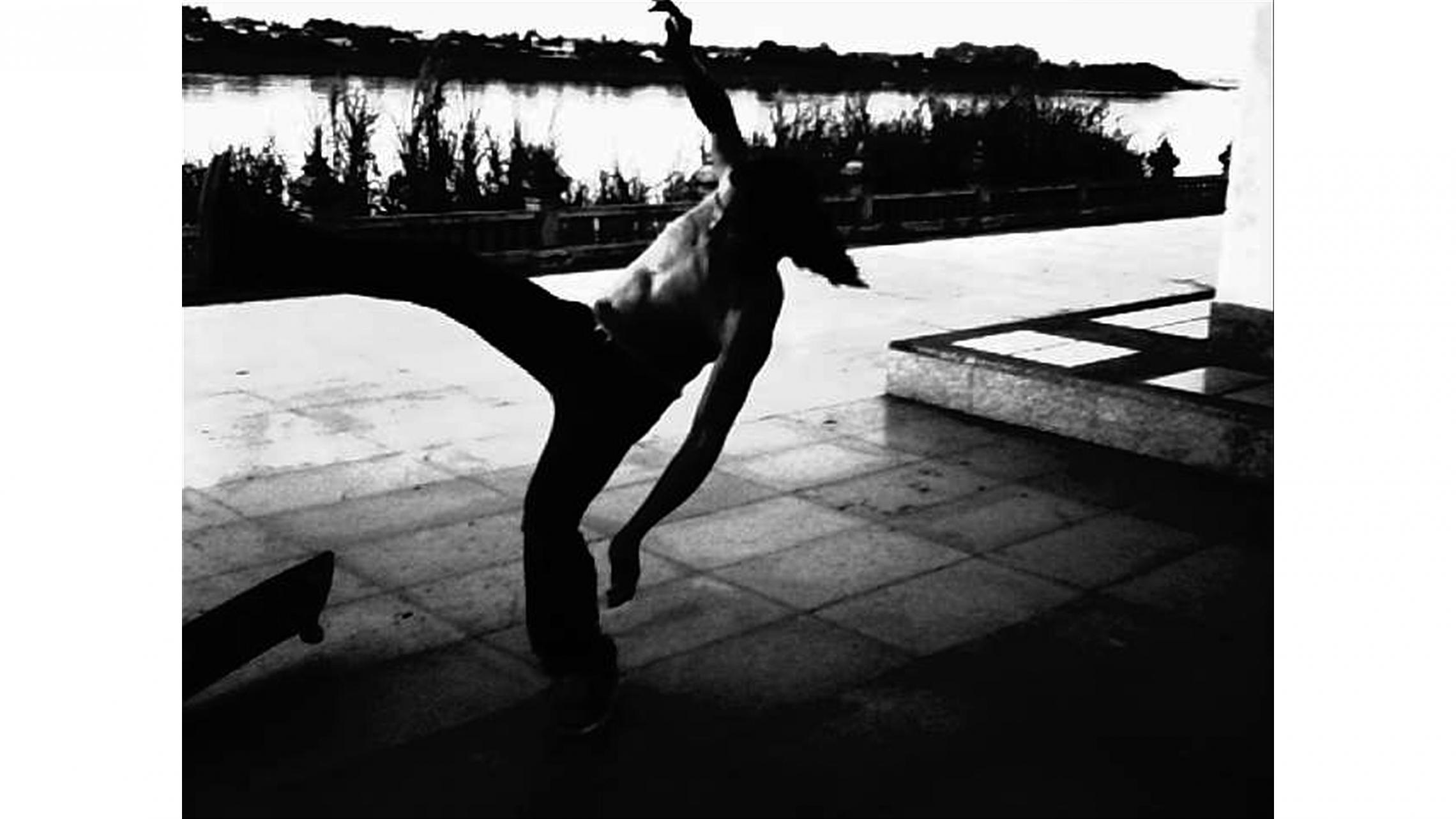 Guest curator: Hikotaro Kanehira
( This exhibition will be held with Yutaka Kikutake Gallery )

Titled “Everywhere Gather Yourself Stand”—a line from the poem Eye-glances by the German-Jewish poet Paul Celan—the exhibition refers to ‘the struggle and acquisition of identity', 'the presence of absence', 'imagining somewhere not here', and so forth. In the midst of the pandemic and on-going conflicts that have made people's lives and interactions increasingly difficult in recent years, the exhibition attempts to reassess where each of us stands, reflecting on values gained through imagining others, diverse ways of being as humans—and ultimately, as a society as a whole.

The practice of Ishu Han, who moved from Shanghai to Hirosaki City in Aomori Prefecture at the age of nine, begins with his inquiry into social identity. My Star, first presented in his high school days, is a video documenting a performance in which the artist lays his personal belongings one by one in the shape of a star. Taking off his clothes, Han liberates himself from his socially defined position and reconsiders the question of "who I am" by laying his own body on top of it. In this exhibition, Han will additionally present a new work that refers to the social and historical circumstances, culture, and labor of women living in China, using materials from the life of his grandmother in Shanghai. (From the booklet “Thank You Memory: From Cidre to Contemporary Art”, Hirosaki Museum of Contemporary Art, partly revised by the author).

In the summer of 2021, Ken Sasaki opened the house where his grandparents once lived to the public as “The Kamakura Project”, where he held his first solo exhibition in eight years, “Confluence”. Sasaki, who has an autistic brother with intellectual disability, was shocked by the infamous murder case at Sagamihara’s care home for disabled people. The exhibition, which garnered a large public response, unfolds as a confession of his family’s past, his own standing and circumstances through the house, the garden and his paintings within it, drawn from his research on the wider issues of the social structures concealed by categories such as “art” and “welfare”. The exhibition includes Sasaki’s works previously shown at “Confluence”, such as the paintings of tablecloths embroidered by the artist's grandmother, mother and two aunts.

The works by Han and Sasaki in this exhibition not only reflect the struggles of their own identities and their longing to acquire them, but also capture their history, culture and emotions through the lives of women, such as mothers and grandmothers, in the 'family'—sometimes referred to as the smallest unit of society.

Yui Usui is another artist whose works are historically and socially critical from the perspective of women and labor. In empty names, small glass containers and perfume bottles are labeled with “professional” names given to those considered “comfort women” at military “comfort stations” by the former Japanese army during the Pacific War. Usui's presentation examines the historical facts on how the ethnocentric mindset forced an idealized image of women on them, and reflects on the pain that continues to be felt by these women and our society today. The question of how we, the children and grandchildren of both perpetrators and victims, should live together and how we should face each other in the future, will remain unanswered as we build new relationships.

Apichatpong Weerasethakul presents Cactus River, a video work in which he visits and films a woman with the name she newly acquired 'Water (Nach)', following the Thai legend that changing one's name can make one happy. This short film, or a 'diary' as Weerasethakul calls it, was shot in a house near the Mekong River where the woman who often appears in his films lives with her partner. The women’s story seeks happiness and truth, referring to traditions and folklore that questions simple judgment between good and evil or right and wrong. The two streams in the film, the Mekong and the “Nach”, intersect with each other's history and life, and evoke memories of the not-so-distant future that lies ahead of the streams that will eventually disappear.

James Lee Byars is a conceptual artist who has continued to seek his own ideal of formalistic beauty from his own mystical thoughts and meditative experiences. Byars' sculptures and performances, while sometimes decorative and magical, celebrate a metaphysical spirituality with consistent aesthetics. This exhibition presents The Star Book from the series “The Figure of Question”, a marble sculpture housed in a wooden cabinet. Byars often uses the star shape as a motif in his work, which is also a symbol of the human form. By exhibiting The Figure of Question - The Star Book alongside Ishu Han's video My Star, we hope to rethink and reexamine the ideal that people pursue.

Unexpectedly, the Russian invasion of Ukraine began while this exhibition was being conceived. The poet Paul Celan, whose name is quoted in the exhibition title, was born in what is now considered Ukraine. He was also one of the writers who changed his name by anagram to escape social and political interference. By viewing the works and activities of his predecessors and contemporary artists who have earnestly worked to achieve the identity they seek, we hope that this exhibition will allow each of us to imagine diverse societies and human beings and to approach a sense of the truth that lies in each work.