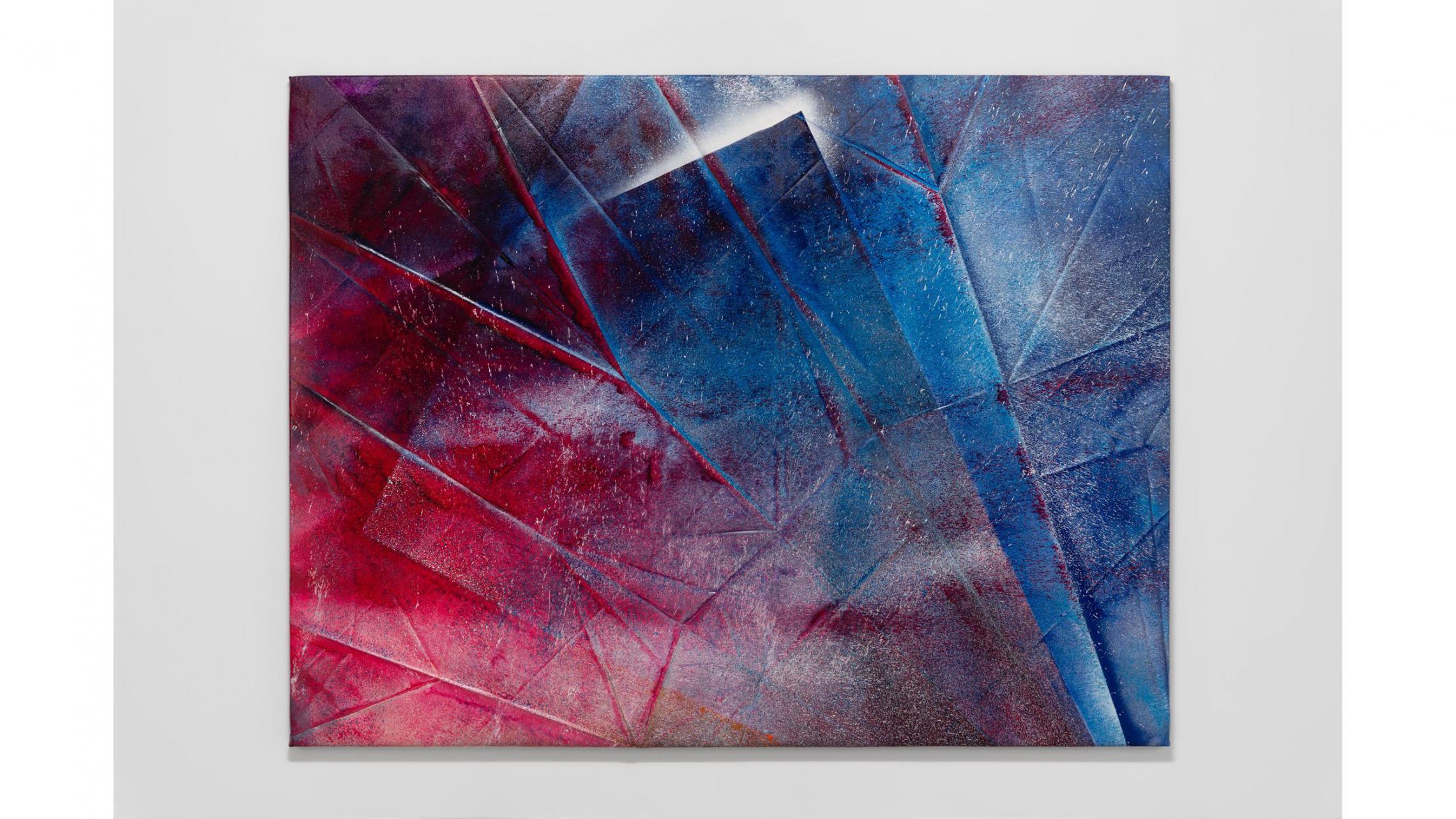 Sourcing his pictorial composition from origami paper craft, Yusuke Komuta’s canvases express the process of exploring the relationship between color and shape. His world of abstraction, consisting of symmetrically deployed geometric patterns, evoke an emotional nature, with its vivid composition often alluding to a kaleidoscopic prism of colors from a polyhedron. The artist, also having interest in color theory proposed by philosophers such as Johannes Itten or Goethe, believes in enlightening the origin of the world by means of colors, and unveils his newly achieved artistic dimension after persistent efforts and years devoted to practice.

The series of new paintings titled “Unfolded” are lined up on the wall. The artist folds / unfolds canvases as medium in accordance with the paper aircraft’s plan, and applies colour directly on them. Changing its form through a two-dimensional plane to three-dimensional structure, the canvases acquire gradual variants of colors. Folding / unfolding and coloring a canvas simultaneously is a new method the artist’s production technique for his paintings. “A painting is a map that traces artist’s thought, and holds a lapse of time”, Komuta said. His deepened understanding on time and space, based on recent quantum mechanics, came to fruition as a wholly new expression, with a change of its creative process. While the canvas transforms its shape, diagonal corners at a distance overlap each other, applied colors on the surface transmit to the back. Komuta’s paintings structured through folds and colors, appear to suggest the quantum mechanical perception of time and space, in which the linearity of time is no longer indubitable, and instead, the implication of its elasticity becomes more eloquent—in flux with the past, present, and future.

A series of sculptures titled “Drop” suspended from the ceiling incessantly oscillate and as the title suggests, are inspired from paint drops perceived on a plane. Actual forms of drops scanned into 3D software, given a notion of time in a virtual space, remerge as four-dimensional-natured objects, drawing whimsical forms of a loop. Another 2.5 dimensional sculpture titled “Warp” in fact demonstrates key ideas of the artist’s painterly pursuits. The “Warp”, a very simple construction in which a face becomes the back and vice versa, or distantly placed holes permeate suddenly, clearly indicates the way Komuta approaches creation. The artist’s insight also manifests in hidden details of his paintings, including a lower part of a canvas being pleated behind – analogous to two concepts of time running together such as the past and the present – as a result of his deliberation on space and time.

New Celestial Body, a concept and the title the exhibition for Komuta’s new body of work, refers to the neologism by Ken Kaiko, a Japanese author who was inspired by a famous passage from Physiologie du Goût of Brillat-Savarin (1755-1826) comparing the discovery of celestial bodies to an encounter with a new sense of taste. Komuta, who also regarded his pictorial practice as an attempt to grasp a hidden spatial constitution, felt an affinity with the astronomical perspective of Brillat-Savarin and Kaiko. Through this series of new paintings and three-dimensional structures, the artist invites viewers to explore colors and shapes filling space, and to follow a journey of contemplation with their own imagery. 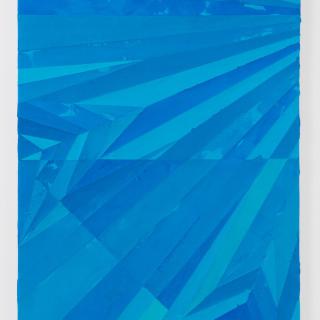