Thurs. 10 June- Sat. 10 July, 2021
Our current exhibition at SCAI PIRAMIDE, “BOTTOMLESSー1960s Paintings and Two Films” will be closed until 9 June, in response to the extension of the state of emergency declared by the government.
Thank you for your understanding.

We are pleased to announce the opening of SCAI PIRAMIDE (Roppongi), our third exhibition venue following SCAI THE BATHHOUSE (Yanaka) and SCAI PARK (Tennozu). SCAI PIRAMIDE seeks to foster thoughtful exchanges and further advance the contemporary art scene in Tokyo. Going beyond the existing gallery framework, it aims to propose renewed perspectives on art and update our contextual understanding in response to changing times.

The inaugural exhibition will feature the early works of Shusaku Arakawa, whose renewed attention and reevaluation of his oeuvre follows the 10th anniversary of his death. While the system of values and our understanding of the past is being called into question, we are asked what kind of training is necessary to "think through" the present, using all the cognitive means allowed to us. Arakawa's paintings respond to this proposition by becoming a gathering place of images, shifting perceptions, thoughts, and exercises of the natural sciences and philosophy. In the fog of “not-quite-knowing”, the paintings act as a compass pointing towards an unseen horizon in a moment of awakening that binds all dimensions of cognition together. Arakawa’s endeavor will be brought to a new light, and the exhibition aims to generate renewed interpretations by referencing today's reality.

In the two-dimensional work BOTTOMLESS No. 1 (1965) depicts a cube stretched vertically and open at the bottom. The freehand dawning resembles a huge, unidentifiable apparatus—believed to be a presentation of a body flowing out blood with the spirit inside. Many of these works, often described as diagrammatic paintings, are made on human-scale canvases intended to alter physical percepts and thoughts, and consist of arrows, mechanical diagrams, everyday images and typography to guide the viewer. Oscillating between serious rigor and strange gimmicks, the viewer is encouraged to incite a new cognitive dimension.

Adding a temporal dimension to the intellectual quest in flat planes, the two experimental films—in collaboration with Madeline Gins— are considered an emotive and affectionate form of this expression. In Why Not (A Serenade of Eschatological Ecology) (1969, 110 minutes), a nude woman wrestles with a door and a table in a room questioning the nature of existence—a physical performance in an enclosed space. This subject is further explored in For Example (A Critique of Never) (1971, 95 minutes), which documents a homeless boy wandering the streets of New York, tracing changes of his body and surrounding environment repeatedly shifting and overlapping Arakawa + Gins's texts on screen.

Semiotic ideas flash across the canvas and on screen. The questions posed by the young artist—who at the time was about 30 years old—were directed with the motive to shake the viewer's perception and bring forth new means of comprehension. They seek to grasp the totality of the phenomenon of meaning, skirting the most jargoned procedures of literature. Arakawa’s remarks are ever more poignant during a time of confusion, witnessing the world increasingly divided and polarized, with conventional systems seized in their functionality.

“We hope future generations find our humor useful for the models of thought and other escape routes that they shall construct!” * 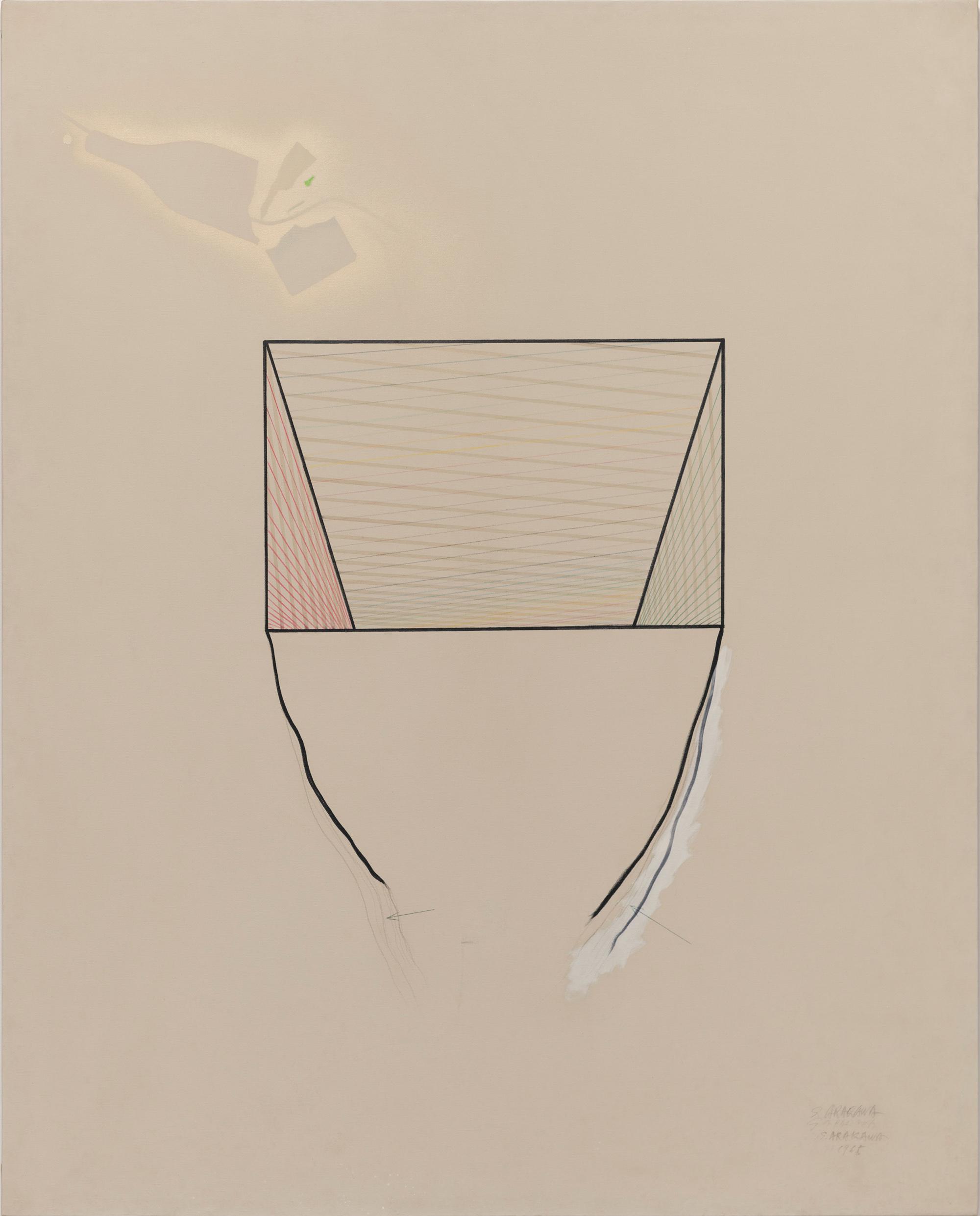 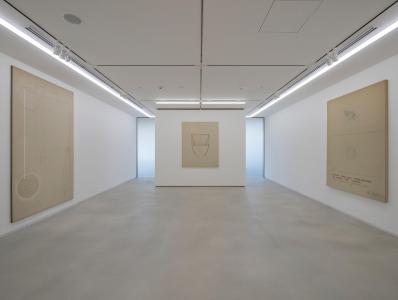 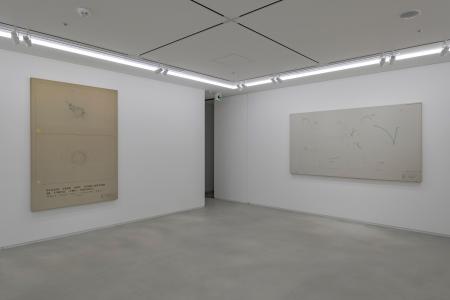 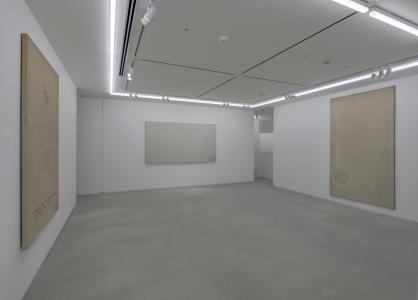 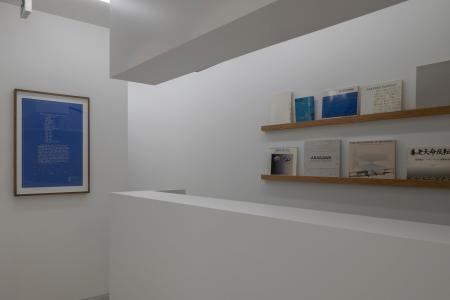 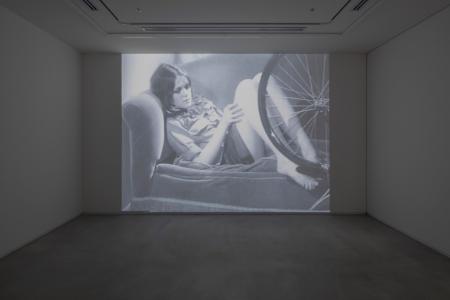 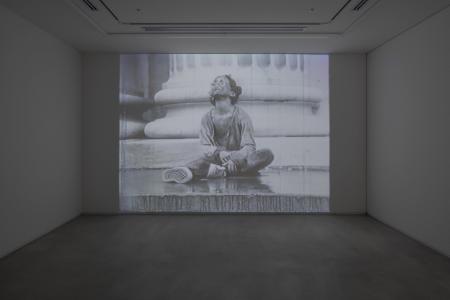