SCAI THE BATHHOUSE is pleased to present the exhibition “summer rains,” by internationally acclaimed artists Yuko Mohri and David Horvitz, consisting of two new bodies of work that reference water or rain and the first two artist exhibition held at the SCAI THE BATHHOUSE. The title of the exhibition is inspired by the term “summer rains” mentioned by Horvitz during a recent conversation with Mohri in Paris. Just after the meeting, where they discussed rain in summer as having various faces: a shower, a thunderstorm, and a rain of the Star Festival in July, an unexpected water leak struck in Mohri’s hotel in Paris. The incident adds a surprising element to the show.

Since early in her career, Yuko Mohri has focused on invisible energies indispensable to our lives, such as gravity, magnetism, light, or wind. In her kinetic sculptures, Mohri establishes circuits and lets her devices play out within their own structures, incessantly influenced by the power of the uncontrollable and natural phenomena. “Moré Moré (Leaky),” a recurrent theme inspired by the Tokyo subway station water leaks and its repairing manners, is transformed and presented this time as a cabinet. While the leak is successfully controlled to recirculate water, the “Calls” (2013 -), which has previously been presented at Kochi-Muziris Biennale (India, 2016), makes use of the features of the gallery with contrasting resonance. Sound emitting objects channel contingency, bringing tension to the gallery with subtle and irregular movements.

American-born artist David Horvitz manipulates notions of time and distance, while mundane items such as flowers and stones are also found in his witty, somewhat poetic, conceptual practice. Inspired by an idea maritime biologist Rachel Carson (1907-1964) observed in the similarity between the sea water’s components and human’s blood, Horvitz interpreted the sound of the sea into an Onomatope for human voice to imitate for “When the ocean sounds” (2018 -). The newly produced pieces in Japanese welcome visitors from outside of the gallery, while ones in water color are displayed on the walls within the space. Horvitz will also present rubber stamps expressing various states of water. Visitors can freely use them to make a poem about water by themselves, with the help of ink and paper, to take home. Evoking a constant interchange among sea, water, and humans, these pieces imply that we came from a continuous formation of earth deployed on a basis of universal time. “Mood Disorder” (2012-), on the other hand, questions the concept of authorship, and documents the propagation of the image of Horvitz himself across the internet. Here, for example, the typical depressed figure, with a crashing wave in the background, seems to deplore his exhibition partner’s deluged misfortune at the hotel.

The two-person exhibition dedicated to the studies of water and rain will in fact be full of various noises: water, sounds made by objects, radios, or possibly, human voices. The rainfall in the middle of the intense heat of summer has been considered a blessing since ancient times. The fruits of the two artists’ practices revolving around “summer rains” may fill the gallery space with a temptation of listening, playing or meditating on the sea, the rain, and ultimately ourselves. 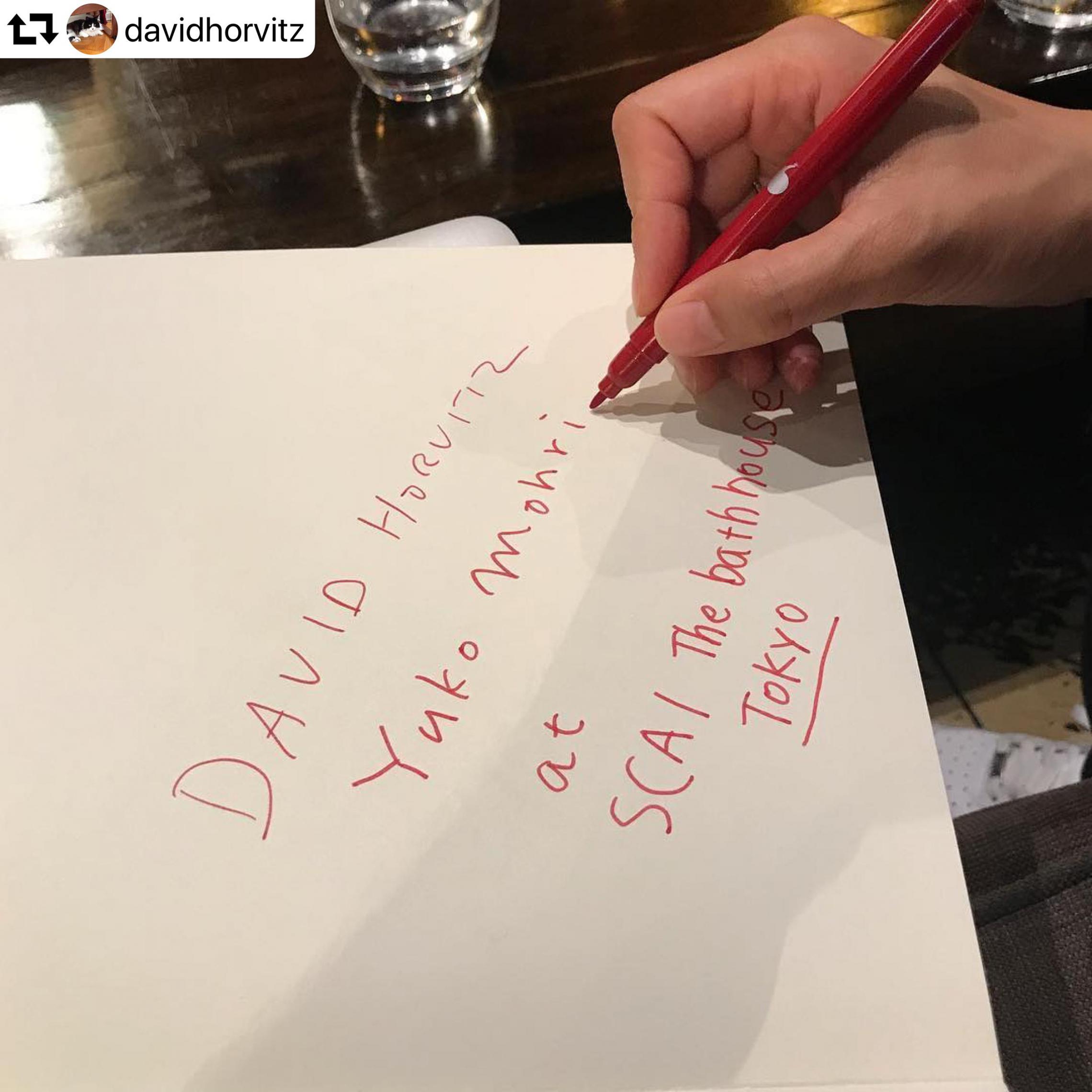 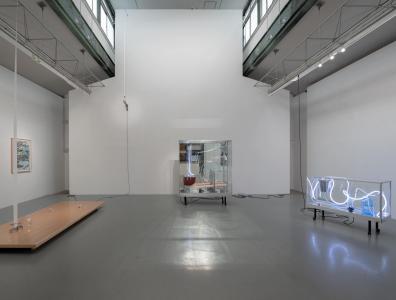 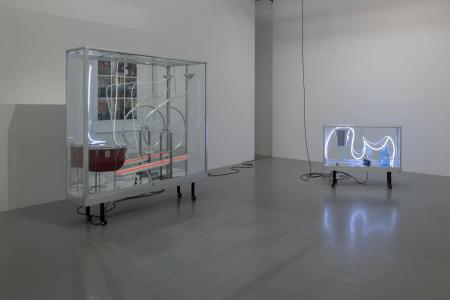 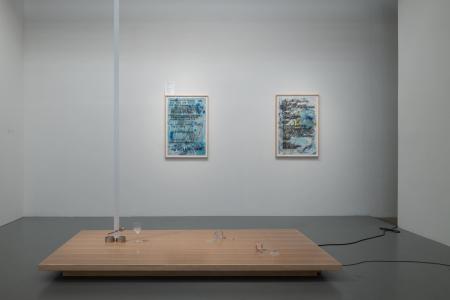 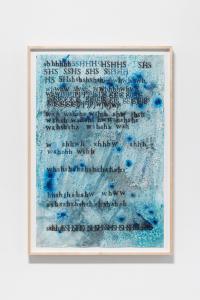 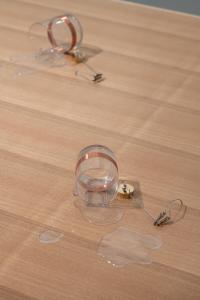 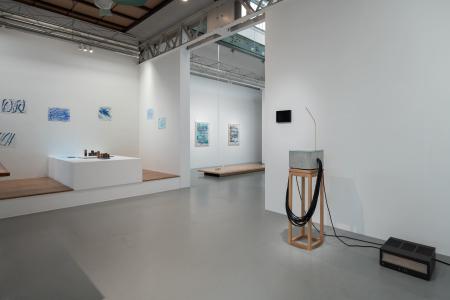 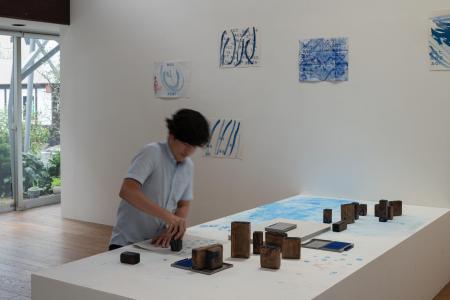 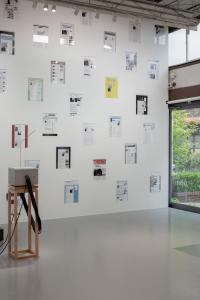 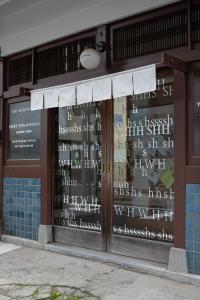 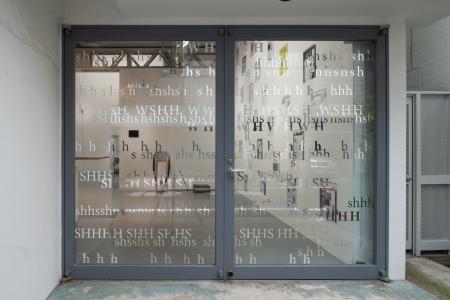