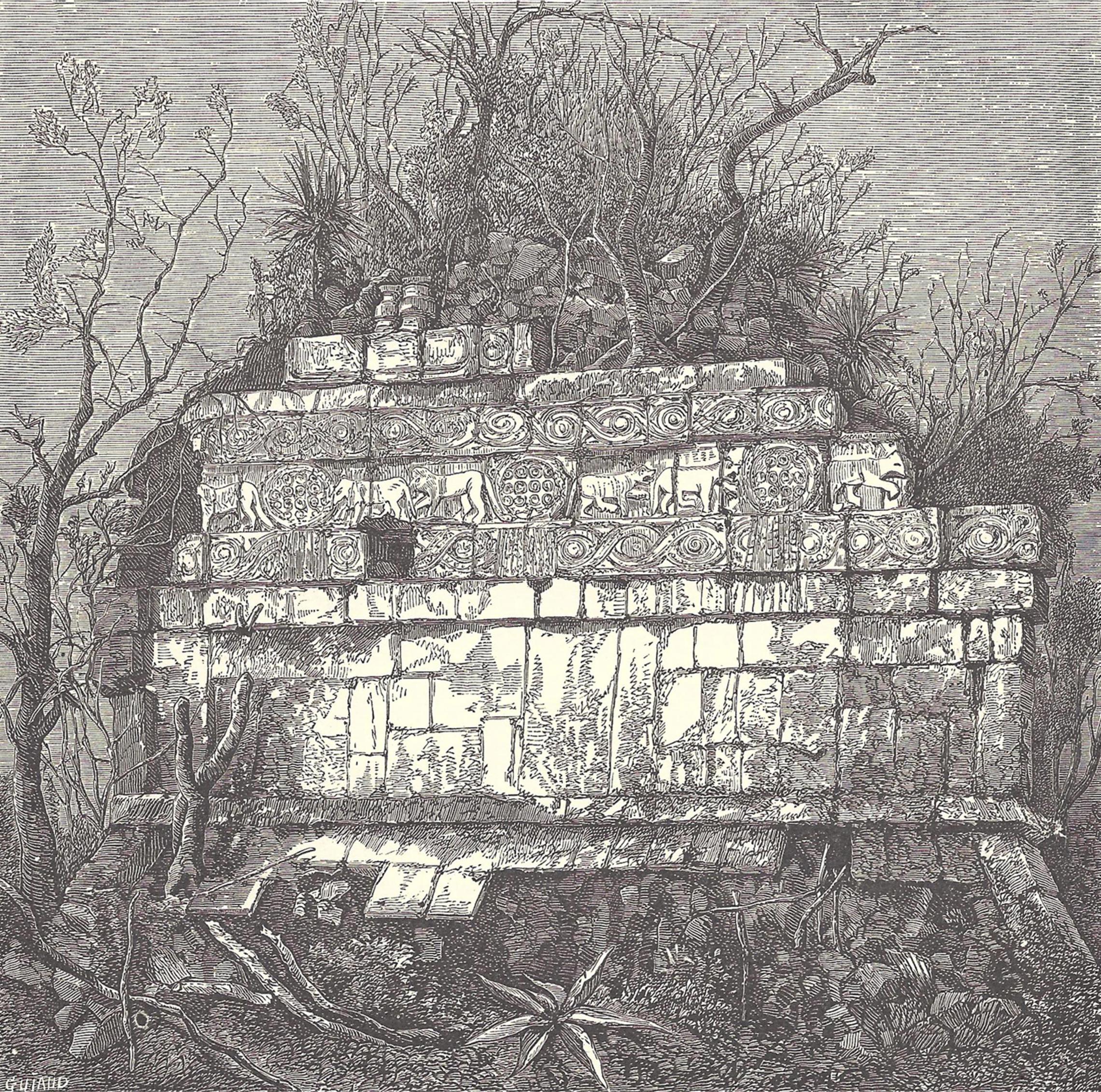 Bas-reliefs of the Tigers, ballcourt at Chichen Itza, drawing by Jacques Guiaud (1811-1876)

In Rome, I prefer to use our enduring brick; it returns slowly to the earth from which it comes, and its imperceptible settling and crumbling level when the edi ce has ceased to be visibly what it was built for: a fortress, a circus, a tomb.
“Tellus Stabilita”, Chapter 3 of Memoirs of Hadrian by Marguerite Yourcenar

The art of Bosco Sodi is composed of natural substances such as wood and minerals. Since 2015, the artist has been creating sculptural works —cubes or clay timbers— red in a kiln at his studio in Oaxaca, Mexico. The soil is first collected and any impurities removed, fractured, and shifted. Sodi then makes the clay entirely from scratch by traditional manual work, using horsepower and manpower. Perfect cubes created by the artist inevitably deform and shrink through the process of ring, expressing complex textures such as cracks and uneven traces from the heat exposure. Accepting these deformations as creative gestures endowed by nature, his canvases also become a medium that documents the traces of physical effects.
The title of the exhibition, “Earth has been established" is borrowed from a Latin passage in a book written about the heyday of the Roman Empire. It alludes to Hadrian (76 - 138 years), the Roman emperor who abandoned territorial expansion policies in order to stabilize the border areas and to mitigate conflicts. In this exhibition, 1,600 sculptures —unglazed clay timber— are stacked together as a 2 x 2 meter cubic form. A cube of clay timbers, some engraved with artists’ signature, will gradually change in appearance as participants are invited to remove piece by piece. Relying on participants’ spontaneous and unexpected intentions, the seemingly robust structure can change into abstract shapes becoming a “living sculpture”. Similarly, last year at Washington Square Park, New York, Sodi built timber blocks imitating the border wall between his home country and the U.S., and demonstrated how obstacles can be removed by the solidarity of people.
From complete to nothing—. With an emphasis on the transient nature of all things, the elaborated artwork collapses into an abstract mass. The giant sculpture is surrounded by his “Untitled” pieces (2007-), pages from botanical books from the 19th century that the artist found in Barcelona, Spain. Sodi gently removed gust and mold from the surface of these pages and applied silicone paint. As is true to all Sodi’s works, the exhibition centers on deformation of natural substances and incorporates ows of energy that conjure the geological and archaeological memory of the earth.
Photographed documentation of the clay structure will be also be published after the exhibition period. 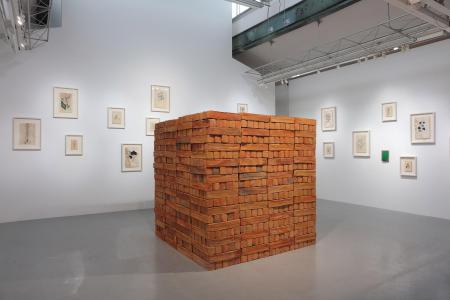 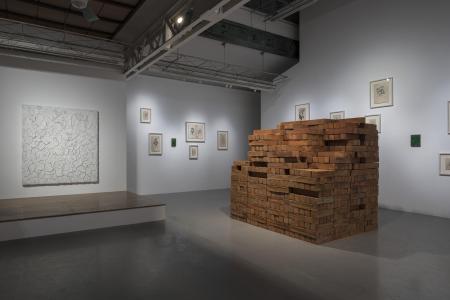 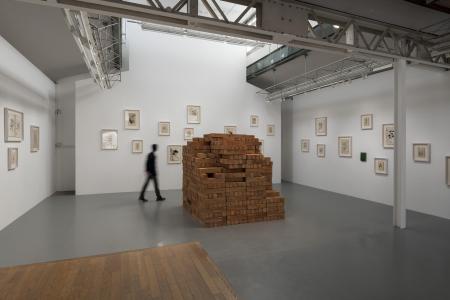 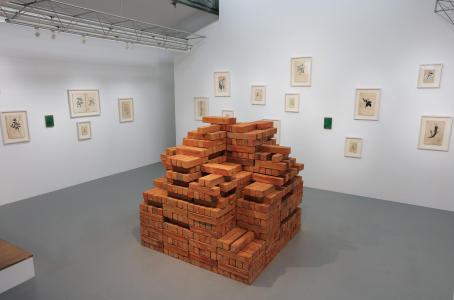 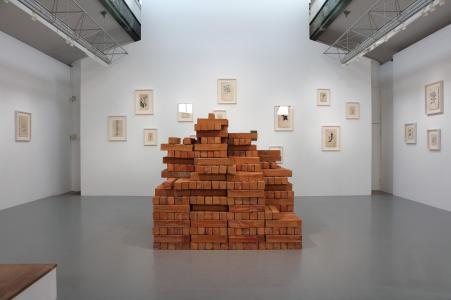 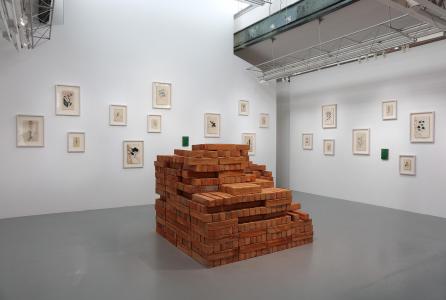 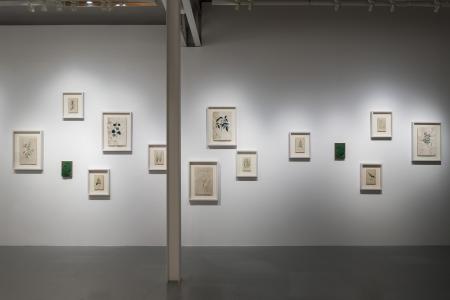 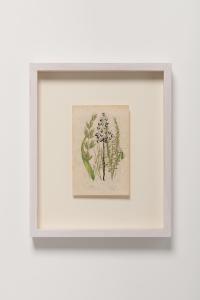 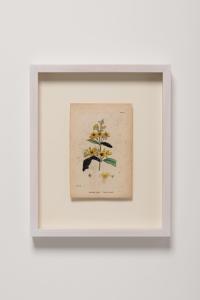 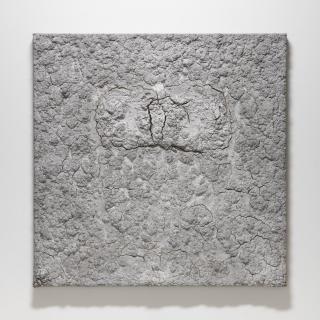