Renowned internationally since the mid-1990s, Mariko Mori has held solo exhibitions at art museums throughout the world, and her work is included in many public collections.

Since 2007, Mori has presented a number of large-scale solo exhibitions that provide an overview of her oeuvre, all of which have been very well received—beginning in Europe, and moving on to three cities in Brazil in 2011, the Royal Academy of Arts in London in 2012, New York in 2013, and art museums in Australia in 2015. Recently, she has been engaged in monumental outdoor installation projects, including an installation on Miyakojima in 2011.

As indicated by the exhibition title, the focus of this show is a new work in the artist’s Cycloid series. Cycloid is the general term used to indicate the path traced by a point on the rim of a circle as the circle rolls along a defined line. Mori's works in this series incorporate the kind of shapes made by an epicycloid, where the defined line is the rim of a circle. Covered with a radiant pearlescent coating, and brimming with an energy that allows one to sense the eternal cycle, her aluminum sculpture consists of complex, intricate shapes that intertwine and reach outwards.

Also on display is sculpture based on interpretations of the ekpyrotic model and brane cosmology, theories that propose that our universe has no beginning or end, but goes through a continuous cycle of birth and destruction, and that there may even be universes that exist parallel to our own. These concepts are surprisingly similar to the ideas of fusion with nature, and reincarnation that have long been themes of Mori’s practice. She has incorporated these theoretical concepts as elements in her art, visualizing them through forms that resemble Möbius strips.

The exhibition also includes photo-paintings based on drawings Mori made while viewing the ocean in Okinawa, creating manifestations of nature’s invisible energy and the world of subatomic particles.

Mariko Mori is an artist who is constantly pursuing new ideas. This exhibition is an excellent opportunity to explore her current work. 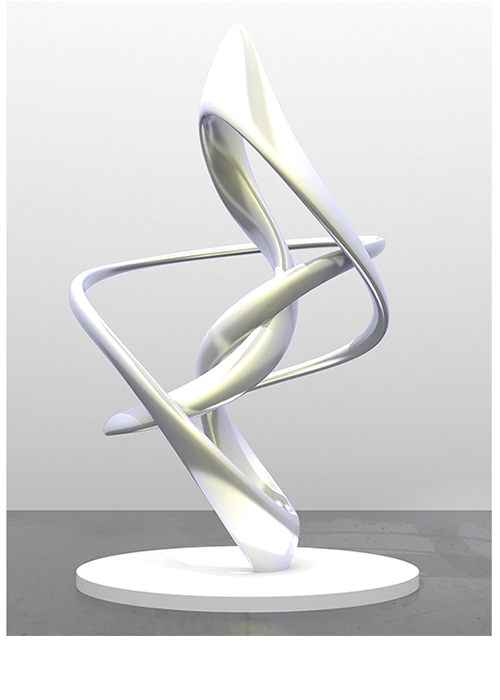 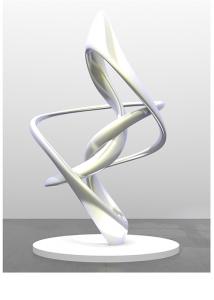 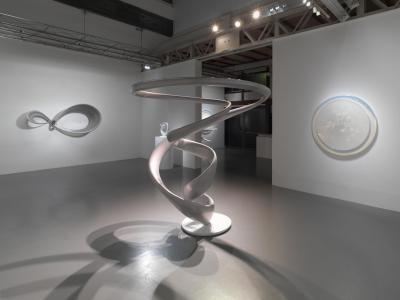 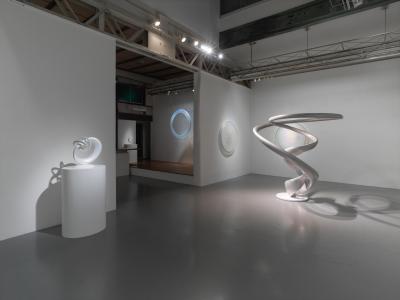 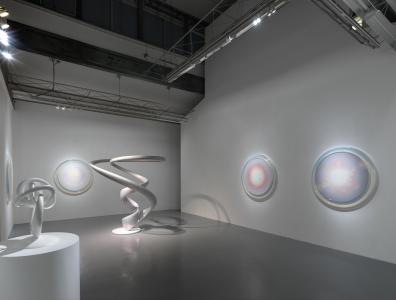 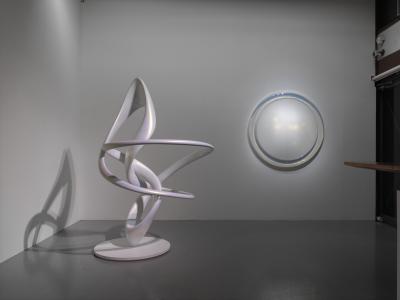 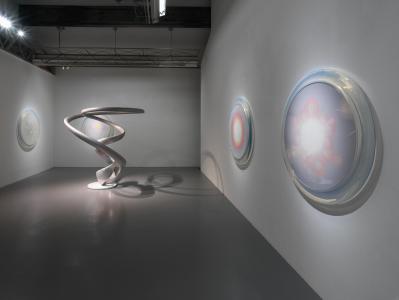