Tomoko Shioyasu evolved her practice from the experience of cutting out veins from a tree leaf during her school years. Outlining images from close observation in natural matters such as water, bubbles and organic cells, Shioyasu applies a meticulous transposition of these patterns to a scroll of synthetic paper. The paper is cut, carved and perforated using a knife and soldering tools; and in rays of light, projects a stark contrast of light and shadow, which articulates yin-yang flows of particles in the air.

In 2008, Shioyasu won the Gotoh Memorial Foundation's Newcomer's Prize of Art, and received a travel award. This extensive research trip introduced her to ivory carving in Guangdong, China, paper marbling in Florence and ebru, a comparable Turkish technique. In this exhibition entitled “Cosmic Perspectives,” Shioyasu delves into shapes of spheres, circles and swirls that are common and universal in the world of nature and traditional crafts. The micro vision of atomic particles here, may also sublimate a macro vision of the galaxy’s foam structure.

Tomoko Shioyasu (b.1981, Osaka, Japan) received a BFA in Sculpture from the Kyoto City University of Art. In 2008, she had her debut exhibition “Cutting Insights” at SCAI THE BATHHOUSE, Tokyo. Notable group exhibitions include: “The MOT Annual 2010: Neo-Ornamentalism from Japanese Contemporary Art” at the Museum of Contemporary Art, Tokyo, 2010; “Bye Bye Kitty!!! Between Heaven and Hell in Contemporary Japanese Art” at the New York Japan Society, 2011; “Cosmic Travelers – Toward the Unknown” at Espace Louis Vuitton, Tokyo, 2012; “Miss Dior Exhibition” at Grand Palais, Paris, 2013, and at Shanghai Sculpture Space, Shanghai, 2014; amongst others. 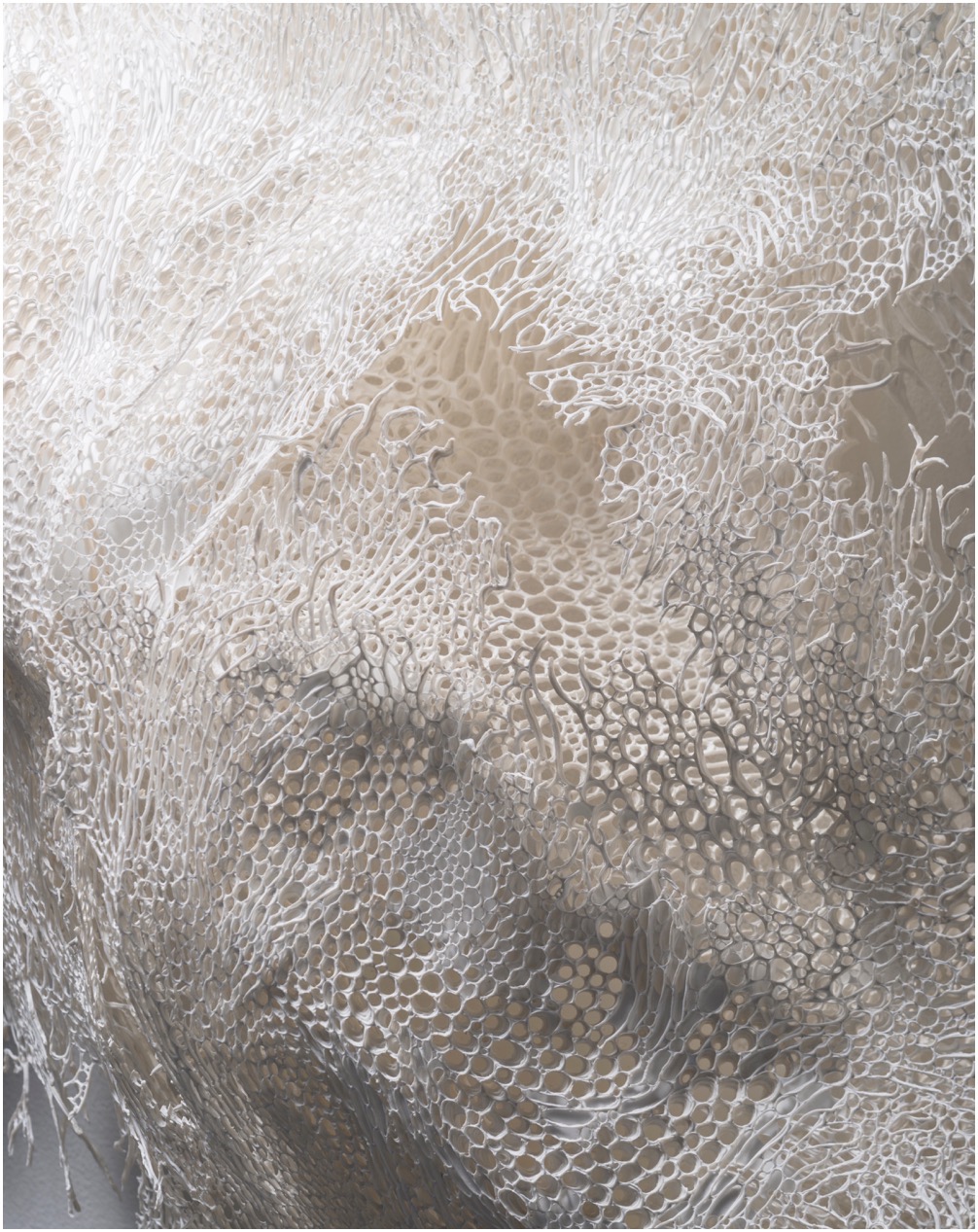 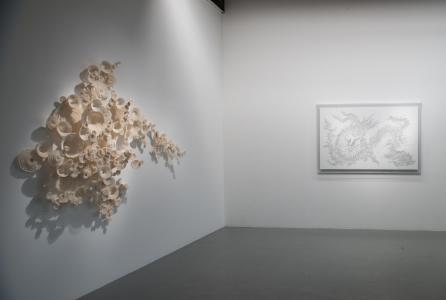 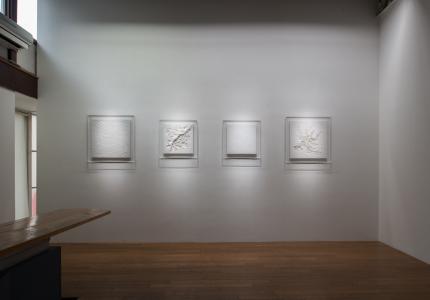 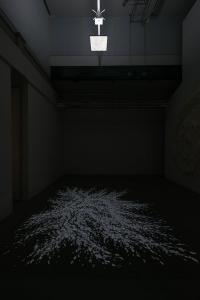 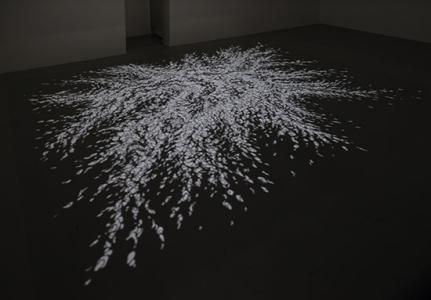