Born in 1958 in London, Julian Opie's artistic career took off at the start of the 1980s. His work is esteemed for its ability to reflect the present age in a radically new way, intuitive yet surprising, and he has earned a keen following from collectors and art fans from all generations. The appeal of Opie's unique style lies in his simple yet inimitable artistic language. This new argot requires no specialist art knowledge or complex interpretation of the artist's intentions, yet its intensity and communicative power enable the viewer to grasp instinctively the essence of Opie's works.

One of the biggest factors that changed our lives at the turn of the millennium was the influx of computer-generated graphics and the encroachment of sophisticated networks brought on by the spread of the internet. The simple artistic language employed by Opie is closely linked with this technological age of ours, and resonates masterfully with it. In a society saturated with information, what perceptual signals do people favor over others, and what kinds of information are simplified in representing the world? When the three-dimensional world is being replaced at astounding speed by a two-dimensional one, which representational techniques lie closest to the essence of human perception? Which get things across quickly and with the most intensity? How vividly can art portray the visceral sensations of the world in which we live, and what meaning does the compound experience of our human sensations have in people's lives and within our society? Opie's artwork may seem slick and smooth at first, but behind its polished exterior we sense answers to some of the universal questions that art has been asking since time immemorial, residing alongside the artist's deep insight.

A great admirer of Hiroshige's landscapes and Utamaro's portraits, Opie has strong links with Japan. With a Japanese landscape piece now in the permanent collection of The National Museum of Modern Art, Tokyo, his “Walking People” sculptures in the Dentsu Building in Tokyo and his extensive exhibit at Art Tower Mito in 2008, Opie's works have acquired a large Japanese fan base.

This exhibition, entitled "Street Portraits," presents a new series of portraits, featuring not only subjects pulled from the throng in his native London, but also the faces of people photographed at random on the busy streets of Tokyo.

Opie explains the exhibition as follows:

“(This is) a series of works combining high street technologies of image making - LED, vinyl and acrylic - with images of people captured on the streets of London and Tokyo. Looking out from the studio to the surrounding world, I try to find a contemporary language that can describe how the world feels now. Ancient forms of human depiction - portraiture and frieze - made not in mosaic or carved stone or oil paint but with materials characteristic to the modern world, and in a language distilled from both ancient and modern styles - from Ukiyo-e and Manga to old master painting and hieroglyphics."


Julian Opie's work draws upon conventional media formats and historical contexts in order to display the world in which we live from his unique creative perspective. This is his fourth exhibition at SCAI the Bathhouse. 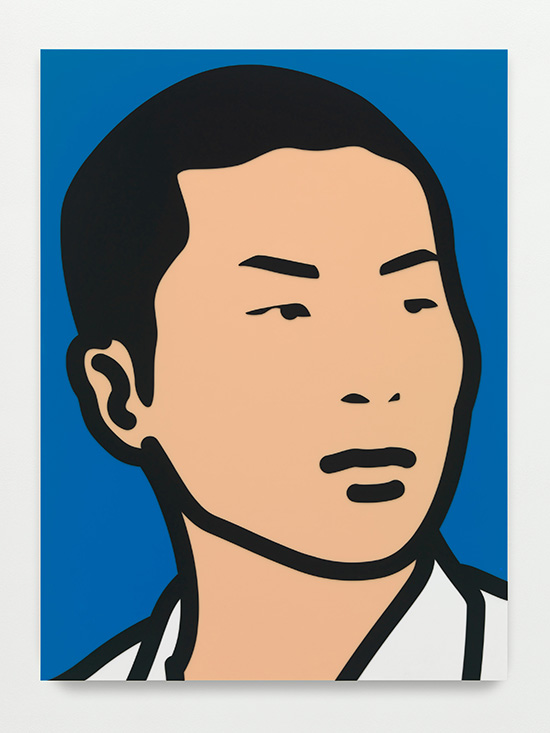 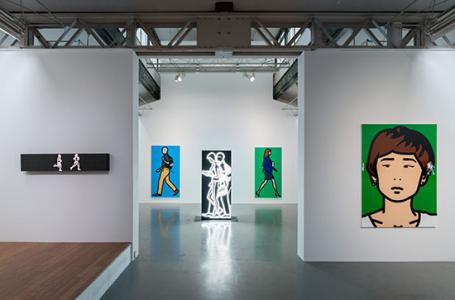 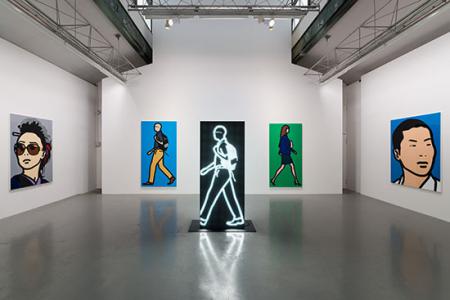 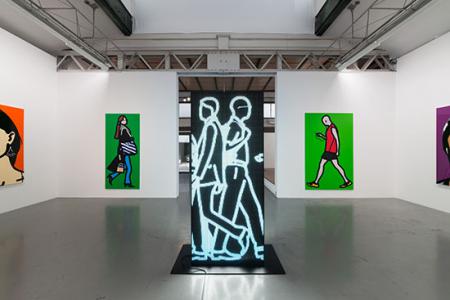 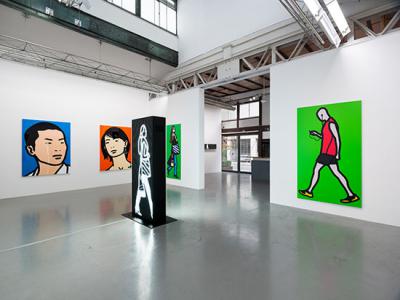 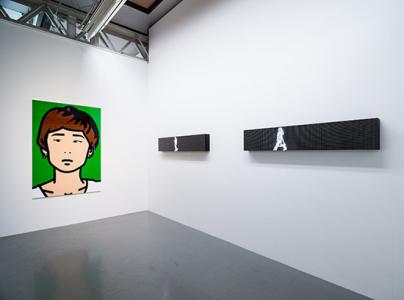