Most of Ambe's art is made using Yupo®, a type of synthetic paper made from polypropylene that is smooth, crisp, and snow white. Her works take form through the quiet, conscientious repetition of simple tasks over the course of an amazing amount of time. More precisely, the artist creates flowing, strata-like 'sculptures' using paper--each piece of which taken by itself would only provide a two-dimensional, flat surface--by painstakingly cutting each piece of paper with a craft knife, and then layering the sheets on top of each other.
To create a 30-centimeter square sculpture that could be held atop the palm of your hand, Ambe uses over 800, or maybe even more than a thousand sheets of paper.

On seeing one of her works, you first become aware of its overall shape, and then approach to get a better look at the structure of the object, which has a mysterious presence about it. At that point you realize that it is made from layer upon layer of very thin sheets of paper, and are further amazed to discover that those pieces of paper were cut meticulously by hand, without using special cutters or machines.

At that moment, the object with a mysterious tension in front of you suddenly registers in your mind as something real, impressing you with the powerful creativity within it. While the work is made through the repetition of simple processes, not unlike craftwork, it unmistakably conveys the substantial 'body' of a work of art.

Her work exhibits both fragility and an essence of massiveness. The elegantly flowing moiré pattern on the surface cleverly catches the eye, while the work as a whole imparts the feeling of having hefted a solid, weighty object.

Ambe uses a topographical language in her works, lightly drawing out a sense of the stream of time as she builds up the layers. Freely interleaving memories of the ancient past with premonitions of the future, the landscape on this psychological map easily transcends the limits of a human timeline. In recent works that incorporate metal cabinets, the cabinet serves as a metaphor for the human body. Through the layering of the cut sheets of paper on the inside, Ambe seems to have given visual expression to intangibles within the body, such as the 'soul' and 'life.'

Some of the artist's work was recently shown at the "Second Nature" exhibition in Tokyo, directed by Tokujin Yoshioka in 2008, but this is Ambe's first solo exhibition in Japan in eight years. Although she comes from Japan, her work is actually better known and appreciated abroad--mainly in America--where it is held by notable individual collectors, as well as by the Whitney Museum of American Art.

Entitled "'TIME LAG'―Linear-Actions Cutting Project 2011," this solo exhibition consists exclusively of new works that provide a comprehensive window onto Noriko Ambe, whose reputation has grown through her work in New York since leaving Japan. It adopts as its themes the timelines of the artist's birthplace, Japan, and her home ground, America, as well as currents and connections that are not immediately apparent from a map.

In addition to sculpture crafted from layered sheets of paper, the show features fascinating works like her new artist book sculptures, which she sculpts by cutting out portions of the monographs of other artists, carving forms that are motivated by respect for their work.

Her solo exhibition in Texas, "Noriko Ambe: キル - Artist Books, Linear-Actions Cutting Project," was awarded, alongside the exhibitions of such eminent artists as Marina Abramović and Cai Guo-Qiang, as one of the best exhibitions of the June 2009-June 2010 season by the United States section of the International Association of Art Critics (AICA-USA). Even greater expectations are mounting for this accomplished artist, Noriko Ambe. Don't miss this opportunity to enjoy her long-awaited comprehensive solo exhibition in Japan. 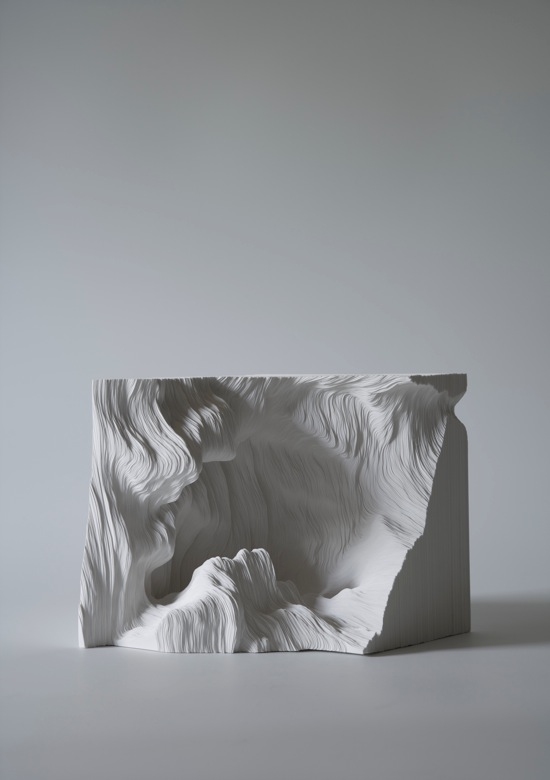 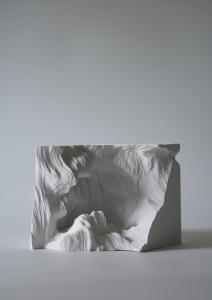 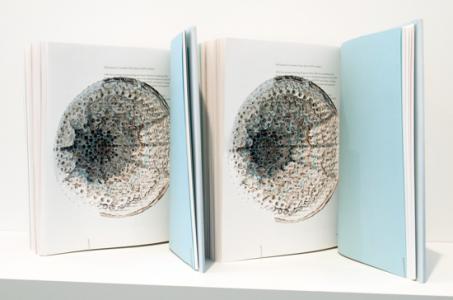 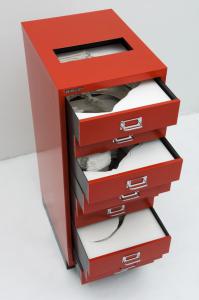