Julian Opie started painting portraits in around 1997, creating a large number of such works over the next ten years. At first he took as his subjects those close to him, whether friends or family, but gradually art collectors and others began to commission works. His portraits of the famous include images of Blur, Kate Moss and F1 drivers. He then created portraits of people from a wide range of backgrounds, exploring and varying his style and setting himself new challenges as he developed his own expressive methods. Simplifying his subject's characteristics and using a neutral face shed of all emotional expression, he created a series of portraits that evoke a sense of the real existence of their subjects and that resonate fully with their viewers. These portraits have become the artist's best-known series.

Opie then took his portraits a step further by transforming them into animated videos. A still figure blinks momentarily, or gives a gentle smile. In these works Opie has established a new genre, "Moving Portraits" whose novelty surprises and delights its viewers. At the same time, Opie created his "People "series, depicting the same people seen in his portraits, but here using simply fabricated faces and arranging the figures in different poses, whether walking, dancing, or just posing. Whether in the form of a painting or an animation, figures are rendered in the same simplified manner, and yet somehow convey a real sense of a dancer's lively movements or a model's sinuous progress down the catwalk. Much attention has focused on the dynamic creativity of this series.

In addition to these people-focused works, Opie also creates landscape images. And yet, no matter what series or subject matter, Opie always subjects the elements of the scene to a process of simplification, of ordering. He reduces his palette to simple planar colors, with the occasional bold emphasis of a detail effectively conveying a sense of vivid presence to his subjects. Opie's expressive technique has been described as greatly influenced by two Edo period ukiyo-e artists, Kitagawa Utamaro and Utagawa Hiroshige. Opie is a collector of ukiyo-e works and at one point also began collecting 17th and 18th century English and Dutch portraits, interested in the artistic vocabulary of these works and drawn by a desire to quote such vocabulary in his own works. The characteristically heavy palettes in European portraits of 17th-18th centuries, combined with new developments such as positioning his subjects in front of landscapes, have resulted in striking new portraits.

This exhibition focuses on these new portraits, displaying the works in what Opie calls a salon-style context that provides an enclosed, classical, private mood, rather than the more open, white cube style of public art museums. In addition to the portraits, the exhibition will include new paintings and animations of women walking.

Opie studied at Goldsmiths College of Art from 1979 to 1982. Opie's works--created with reference to the diverse concepts and styles found in Minimalism, NeoGeo, Pop Art, and other styles--are well-received by both specialist and the greater public in general. His latest works employ computer graphics techniques in their depiction of extremely planar, simplified portrait and landscape imagery. Opie's works have appeared in numerous group shows and large-scale international shows, and can be found in important museum collections worldwide, including MOMA New York, the British Museum, the Tate Gallery and the National Museum of Modern Art, Tokyo. 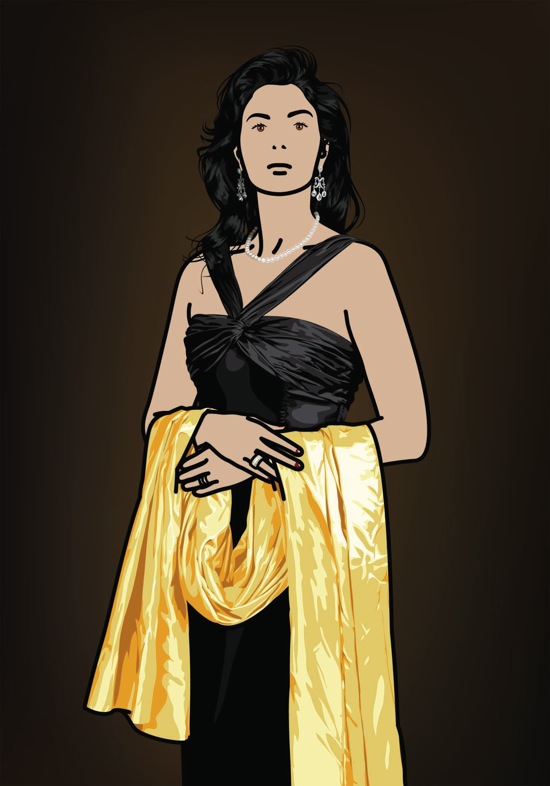 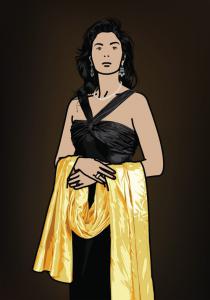 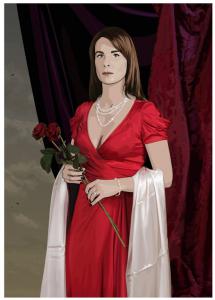 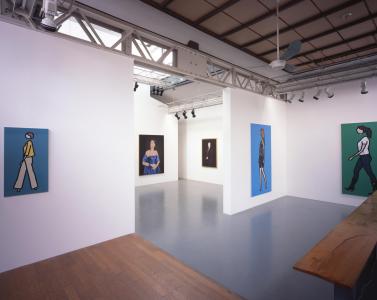 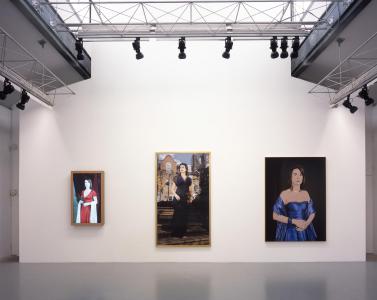 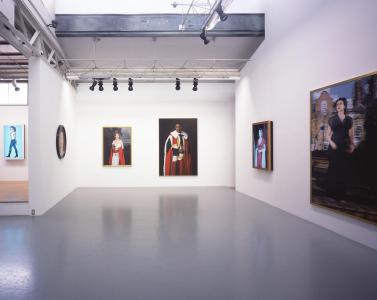