Miwa Ogasawara "Hitorigoto" ("Talking to oneself")

Highly acclaimed in Europe, Ogasawara's works are already placed in important museums and collections, including Pompidou Centre in Paris and the Burger Collection in Switzerland. It was Galerie Vera Munro, the top gallery in Ogasawara's home base of Hamburg, that first discovered the talent of this young artist, who threw herself into the study of painting after moving to Germany in 1997, and who has made very few trips to Japan since. Her work has mainly been shown in Europe.

That is why, while virtually unknown in Japan, Ogasawara's outstanding art has come to the attention of discerning collectors and curators in Europe and America.
Admittedly, Ogasawara's work does not appear to fall into any of the categories that describe the work of other Japanese painters of the same generation. The work of her Japanese contemporaries often incorporates narrative scenes expressed with a subtle touch and a style using a methodology that emphasizes the Zeitgeist and the originality of Japanese culture, but Ogasawara's worldview is different.

In Ogasawara's paintings, all elements are organized with a graceful order. Her treatment of tone is done with great care, with an emphasis on grey, and her contrast of light and shadow is dramatic. Her compositions are very simple. Indoor scenes, which are her forte, have compositions that are organized like a Bauhaus design, simplifying her pieces to a point verging on the abstract. Even when her pieces feature people, the characters are placed within the composition as if they were nothing more than objects, existing as silent elements, void of any sense of energy.

In these representational paintings without narrative, in this lack of a sense of time, in this eternal quality, and in these tranquil worlds can be glimpsed the influence of Vilhelm Hammershøi, a nineteenth-century Danish painter whose work Ogasawara is fond of. Hammershøi's symbolist expression, which includes mysterious paintings of indoor settings and women viewed from behind, and imbues everyday scenes with a profound spirituality without conveying a grand narrative, may be one key to deciphering Ogasawara's work.

The unique sense of lighting in the paintings of Caspar David Friedrich, whose work is representative of the paintings of the nineteenth-century German Romantic movement, can also be seen in the interpretation of lighting adopted by Ogasawara, who happens to work in the northern part of Germany where Friederich himself worked. Indeed, the sublime, clear paintings of Friederich, who depicted the bleak landscape of northern Germany and was concerned with the light and optical phenomena of the Baltic coast, may be exerting an influence, albeit indirectly, on the phosphorus, transparent atmosphere of Ogasawara's work, which could not exist without the light of Hamburg.

The "Hitorigoto" solo exhibition displays more than a dozen small and large canvasses that portray a dignified spirituality resting within the deep recesses of seemingly ordinary settings, such as a girl sitting on a bathtub, a room into which a pale light seeps through the curtains, the hand of a girl clothed in black and the leg of a girl in white, and a scene on a beach.

Ogasawara's world entices the viewer by the silent scenes depicted on the canvas, unfolding to provide the kind of interaction that is a mark of encountering superb paintings. 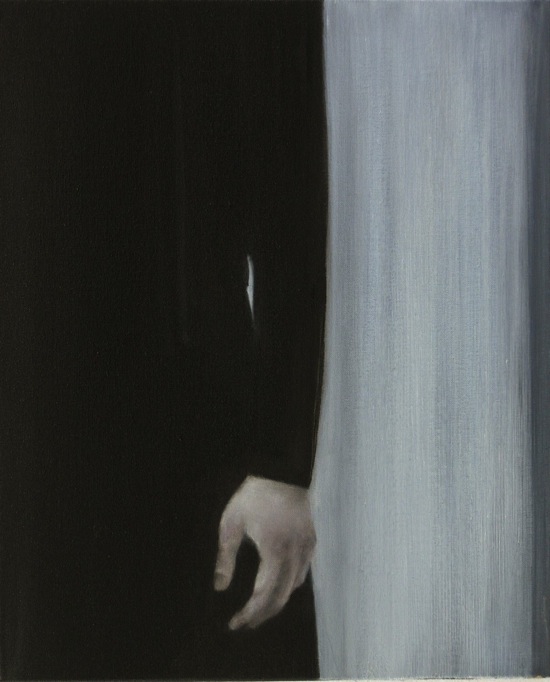 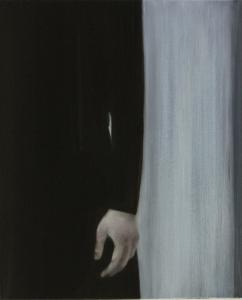 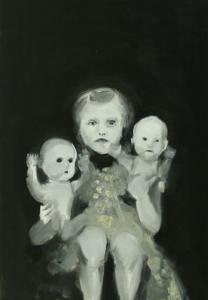 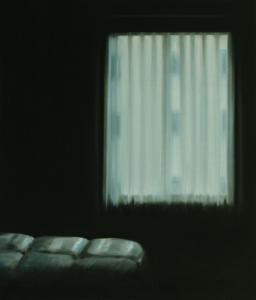 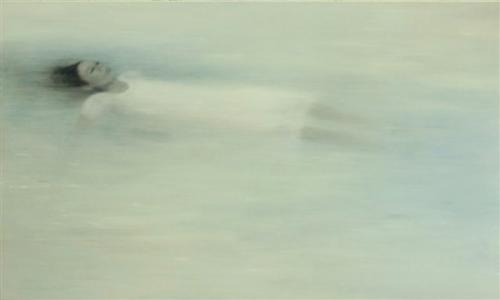 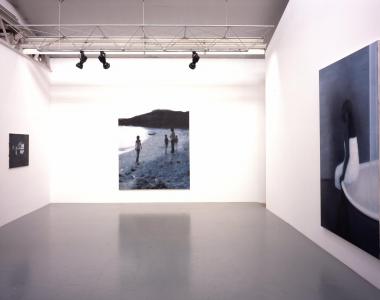 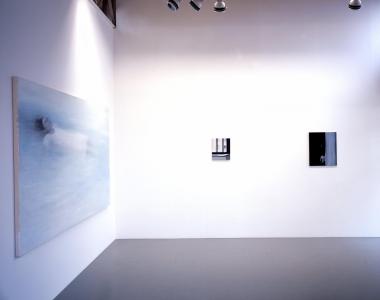 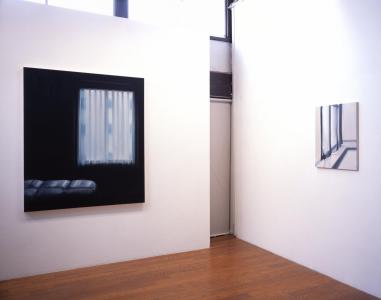 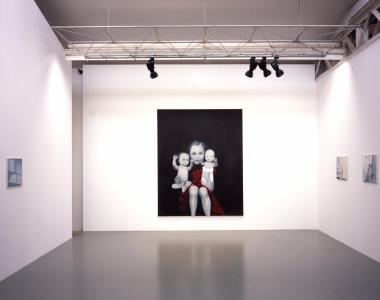