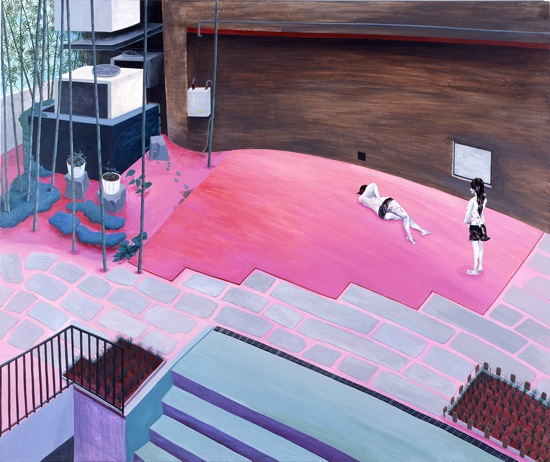 Shinko Okuhara's style is unique, creating figures with collage and an extroverted choice of colors unusual for a Japanese artist. This full-scale solo exhibition features large paintings and installation works for the first time.

The theme is "Sleeping Figure." Using large canvasses, Okuhara depicts women lying down in the open air in a number of different urban scenes, such as a vacant lot, park, or under an elevated highway. The women are defenseless, vulnerable, and appear to have fallen asleep while gazing at the infinite sky above the city.

"I'm sure it would feel really good to just lie down in all sorts of places and look up at the sky. Actually falling asleep in a place like that would be embarrassing and dangerous, but I love the idea of doing it. The "Sleeping Figure" series is an attempt to capture that feeling. The adjacent color combinations represent colors that had became confused in the woman's mind. By sleeping here she can 'reset' herself to restore colorlessness." -- Shinko Okuhara

The expansive compositions of these canvasses hint at the limitlessness of the world, so that the scene becomes a perfect stage set, drawing viewers' eyes towards the sleeping figure. The figures lying there are depicted by Okuhara's unique collage method that makes them look like someone, but no-one in particular. Okuhara cuts up magazines, ads, and other contributors to the mountains of paper media, reconfiguring them to create her figures. The process seems to symbolize the sampling methods that have become popular along with computers, gathering up all sorts of information, dismantling it and then reassembling it in a different form that embodies confusion and instability. For that reason, although the figures have faces, the face is not that of anyone specific. As well as the emptiness that results from not being a specific individual, the figures have an elegance that conveys innocence without deep feelings, but there is also a sadness somewhere, displaying a cyborg-like aspect. Although each of the elements making up the body has its own reality, the whole is fatefully distorted, making the figure more like a lifeless doll. The connection between the figure and the world is extremely tenuous, which produces some sort of chaos, but at the same time the overall perspective of the work conveys a calmness, as if anticipating a conclusion to the chaos. The scene attracts the viewer's sight like a frozen computer screen. The world quietly waits to be rebooted.

Okuhara has made a name for herself with a fashionable urban style, but with this exhibition she opens up new ground, delving into the "strength of the individual" and the "terror lurking in the everyday" that are essential qualities of her style. 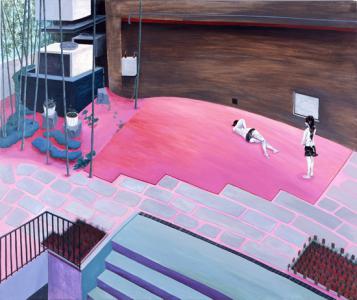 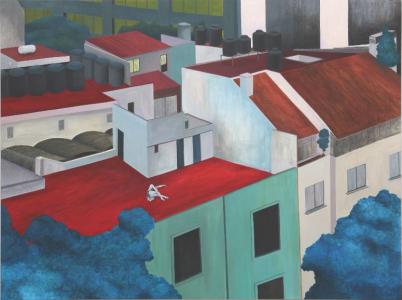 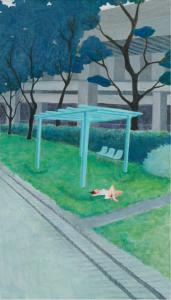 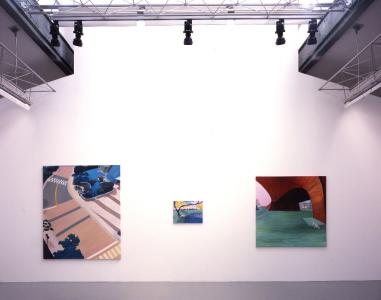 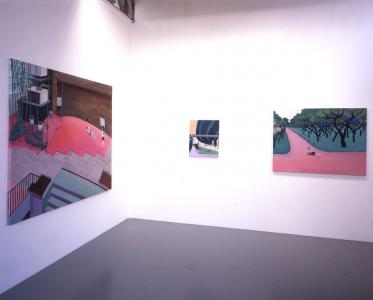 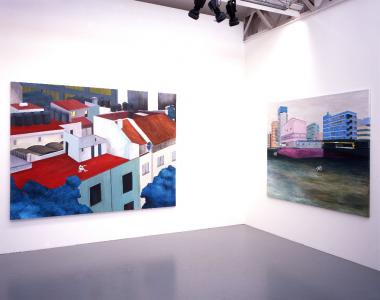 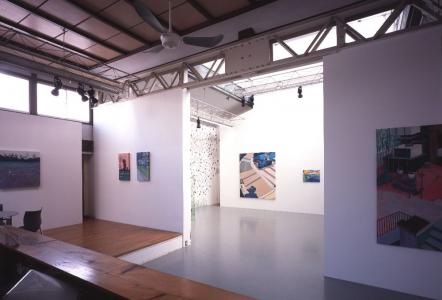 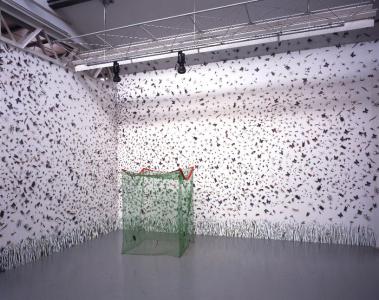