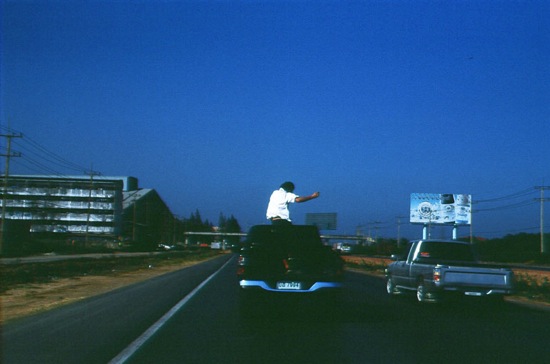 Apichatpong Weerasethakul was born in 1970 in Bangkok, Thailand. After obtaining a first degree in architecture in Thailand, he studied fine arts and filmmaking in Chicago. He started to make film and video shorts in America in the early 1990s, and then established a studio company, Kick the Machine, in his native Thailand in 1999. Feature movies directed by Apichatpong have been selected for or won awards at many film festivals, including the Cannes Film Festival, the Venice Film Festival, the Jeonju International Film Festival, Yamagata International Documentary Film Festival, and Tokyo Filmex. He is also active in the field of art, with his video installations and other works attracting great acclaim at major international exhibitions such as the Istanbul Biennial, the Taipei Biennial, and the Busan Biennale.

Apichatpong sets his films in Thailand, and many feature ordinary people rather than professional actors. Utilizing simple plots originating in notes about everyday emotions or events, or based on the advice of fortune-tellers, the films are put together in an improvised manner from inspirations and reactions found in the dialog and the lives of the subjects. Rather than being produced on just a specific topic, Apichatpong's videos are created through the organic reverberation between fiction and documentary. As a result, they develop through the interaction of many different things, capturing the immediacy of the real world and the freshness of unrefined rhythms and tones. Their distinctive, completely natural feel somehow conveys the atmosphere of Thailand, and is perhaps a manifestation of the people's spirituality, which has its foundation in devout faith and in allegiance to the King who has continued to rule as his country's economy grows.

Some of Apichatpong's works, particularly the full-length movies Blissfully Yours (2002), Tropical Malady (2004), and Syndromes and a Century (2006), split into two coexisting parts with an ambiguous and slowly revealed relationship between the first part and the second part. These movies share with Apichatpong's other works the characteristic of not proceeding along a unidirectional timeline. Instead, the narrative develops on the basis of his own senses and emotions, acting like a catalyst to entice the viewer into the personal thoughts inside. Articulated in the form of a video installation, the focus falls onto abstract matters, producing an experience for the viewer that is more physical and has a greater sense of volume.

The main exhibit in this solo exhibition at SCAI the Bathhouse is the video installation Unknown Forces, together with some photographic works and sketches that give insights into Apichatpong's thought processes. Unknown Forces has its origin in the political turmoil of 2006, and utilizes the motif of a pickup truck carrying around the day laborers who work at the lowest level of Thai society. The four-channel video depicts events on and around the stage provided by the back of the truck, moving around from construction site to construction site, and hints at the powerlessness of the physical laborers, who are sometimes drafted into demonstrations and marches regardless of their political beliefs. Questioning the idea that ignorance is bliss, the lyrical video brings clarity to the blurred situation of Thailand.

This first solo exhibition in Japan is an excellent opportunity to see Unknown Forces and to discover more about Apichatpong Weerasethakul. 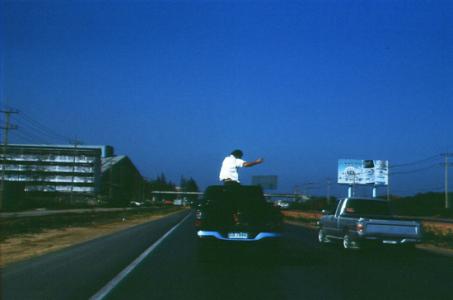 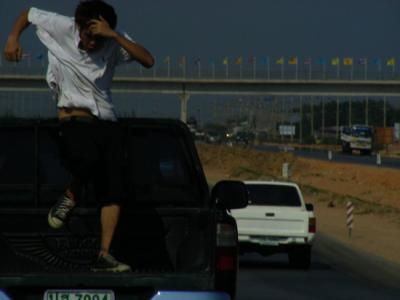 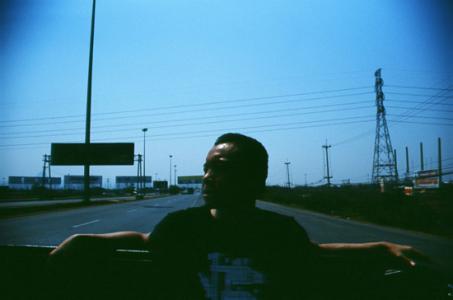 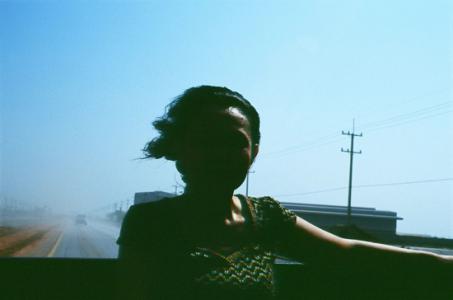 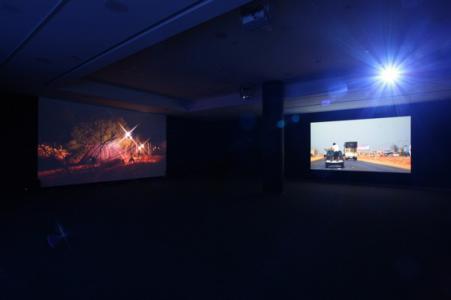 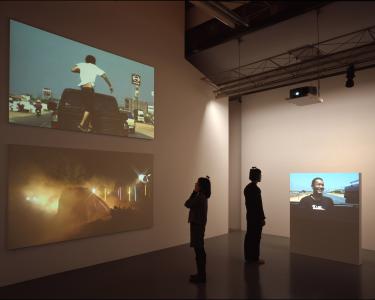 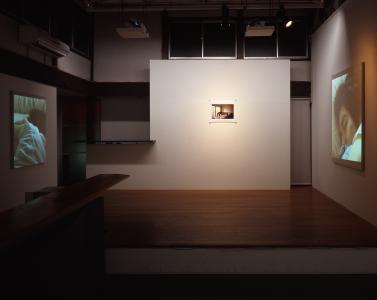