Tatsuo Miyajima has earned international acclaim over the past two decades for works that use LEDs and other digital counters in different compositions to comment on contemporary society, on life and death, and on the way we live. Using counters as a lingua franca that anyone can easily understand, he has reached out with messages based on three concepts - Keep Changing, Connect with Everything, and Continue Forever. These basic concepts have informed Miyajima's work since the 1980s, but they have gained increasing contemporary relevance now that there is nothing out-of-the-ordinary about complex digital networks or terminals being used to share information.

Over the past few years, it has been Miyajima's monumental public art projects around the world that have attracted the most attention. Starting with a public art project for Geneva University, Switzerland in 1997, he has steadily broadened his scope, creating a series of large site-specific works that include Sea of Time '98, for the Art House Project on Naoshima Island, Okayama, Counter Void for the TV Asahi headquarters in Roppongi Hills, Tokyo, Time Garden in Izumi City, Osaka, and Transcend Section for the entrance to the Leeum, Samsung Museum of Art in Seoul, Korea. While retaining his focus on counters to convey his messages, he utilizes neon lights, liquid crystal and even performance art in addition to LEDs. Rather than generating works to suit a pre-established harmony between artists and the art community, he produces messages that are more open and speaks to a broad swathe of society, following his belief that art only properly exists within the individuals who observe it. Continuing to advocate this approach, summed up in the phrase, "Art in You," Miyajima has been producing powerful works that befit his status as mature artist.

Recently, Miyajima has spent a good deal of time connecting and talking with people in fields other than that of artistic creation, particularly through the Kaki Tree Project for worldwide planting of trees grown from the seeds of a kaki tree irradiated by the Nagasaki atom bomb, and through discussions with artists invited from around the world to the Artists Summit he organized in Autumn 2005 at Kyoto University of Art and Design where he is a professor. The effects of these experiences can be felt through changes in his attitude towards his own creative work.

Counter Fragile is a new work with a fragile and almost intangible form in stark contrast to his work of recent years, which has tended to be very large or to use very hard materials. Minuscule digital counters were developed specially for this work, and are used in configurations that do not follow any fixed rules, creating a delicate balance as if the counters are floating unsupported in the exhibition space. Each of the counters gives off a faint red light, so that the overall visual effect is of a soft and organic presence like a nebula in space. Unlike the overpowering metaphor of urban death that Miyajima created in Roppongi Hills with Counter Void, this new work seems to convey the presence of life, however small, in the darkness. It also appears to be hinting at relationships between people - tender relations far removed from the power games of politics and economics - that Miyajima has come to see as particularly important. Although he maintains a distinct philosophy, his works continually change, and with Counter Fragile, Tatsuo Miyajima's projects have taken another step into a whole new world. 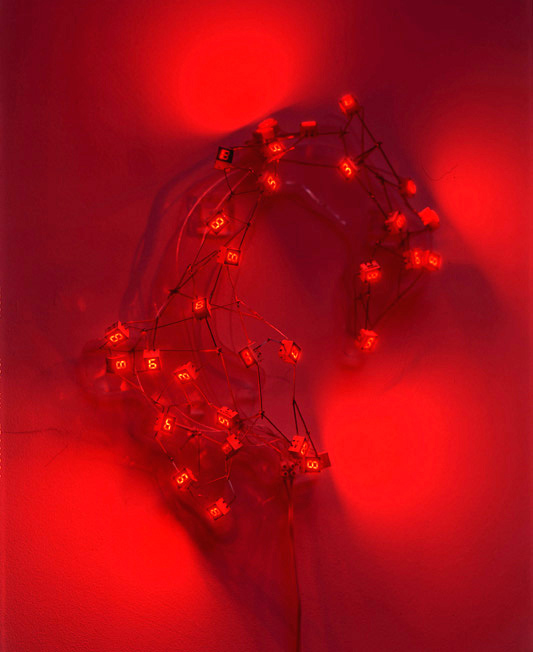 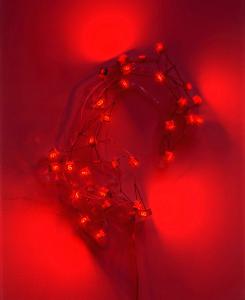 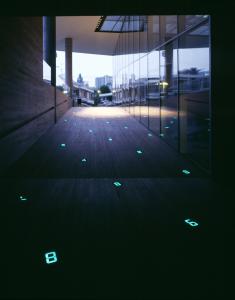 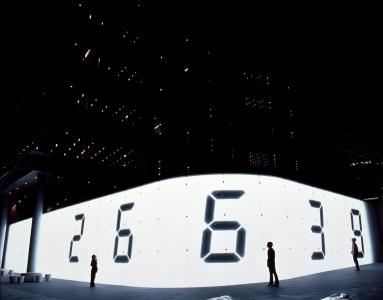